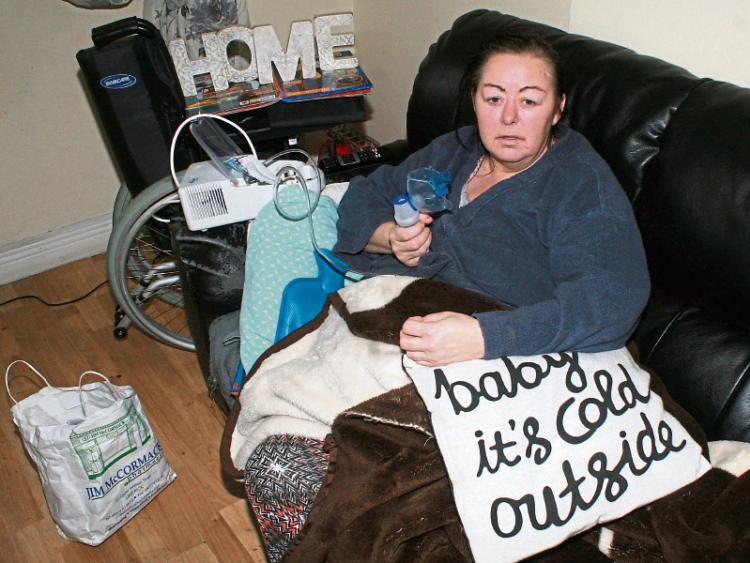 A GRANDMOTHER who was previously described in court as a ‘professional thief’ has said she has been forced to spend hours on the bus in Limerick city in a bid to stay warm, as she can’t afford central heating in her council home.

Described by Judge Eugene O'Kelly in Limerick District Court in 2013 as someone who could “only be described as a professional thief”, she has over 100 previous convictions, mainly for theft, but has insisted that she has put her criminal past behind her.

She has also argued that her health and social housing conditions are completely separate issues to her criminal past.

"I just want a fresh start - everyone is entitled to a fresh start. I will never spend time in prison again, or come before the courts, to the attention of the gardai," she told the Limerick Leader.

She also pleaded guilty in 2013 to using a false instrument at the post office on Cecil Street in Limerick city by altering a €186 cheque from the Department of Social Protection to read €1186.

Her attempt to induce the post office clerk to cash the cheque was unsuccessful.

She has served a number of prison sentences, but vowed that she has changed her life for the better.

It is understood that another theft charge is due for finalisation before the courts later this year.

A version of this article, which appeared in the Limerick Chronicle today, a sister newspaper of the Limerick Leader, prompted a man from Cork to enquire if a 'gofundme' page could be set up to send her a donation, having read her "heartbreaking" story.

"Maybe JP McManus will read it; he's a man with a good heart," she added.

Mary Ann says that she is unable to climb the stairs to her own bed due to her heart condition, and has now resorted to sleeping on the couch in front of the fire for warmth.

Her mobility has been severely reduced since the operation last year, she said, and she is now using a wheelchair, a ventilator and is on extensive medication.

She sleeps on the couch in front of the fire every night as she says she cannot afford central heating in the property.

“Sometimes I manage to get on the bus using my zimmer frame or my wheelchair, to stay warm and avoid burning fuel, as I have a free travel pass,” she said.

With an income of €118 a week, once her weekly rent of €42 to the council is deducted from her disability allowance, Mary Ann said she spends up to €80 a week on bags of coal and blocks of wood to stay warm, and has been seeking assistance from Saint Vincent de Paul.

Living with her daughter Megan, who is six months pregnant, and her grandson, age three, she said she has been informed that she is on the council’s “priority” list to receive an alternative home.

However, she fears that they will have to bring her daughter’s newborn baby into the property, as Megan is due to give birth in April.

“My grandson can see his own breath when he goes up the stairs; he’s shivering up there. It’s like an iceberg. They have to get double dressed when they go into bed to keep warm it’s that cold,” she said.

“It’s worse I’m getting now. My heart surgeon has told me it’ll take a good year-and-a-half to two years to recover. I can’t even sleep. The stairs is too small for a stairlift. Anywhere would do me where I don’t have to go up the stairs,” she said.

She has type 2 diabetes, and is also asthmatic.

“I didn’t ask to be this sick. I used to be an active person. Now I can barely walk to the door and it’s killing me.”

A spokesperson for the local authority said that while it cannot comment on individual cases, there is huge demand for one-bedroom units.

At the end of January last there were 3,477 people on the housing waiting list, and in the most recent available figures for 2015, there were 103 applications for every one-bed unit available to rent through the local authority.

The number on the waiting list peaked in September 2015, at 5,120 approved applicants, falling to 4,295 in March last, and has now been further reduced.