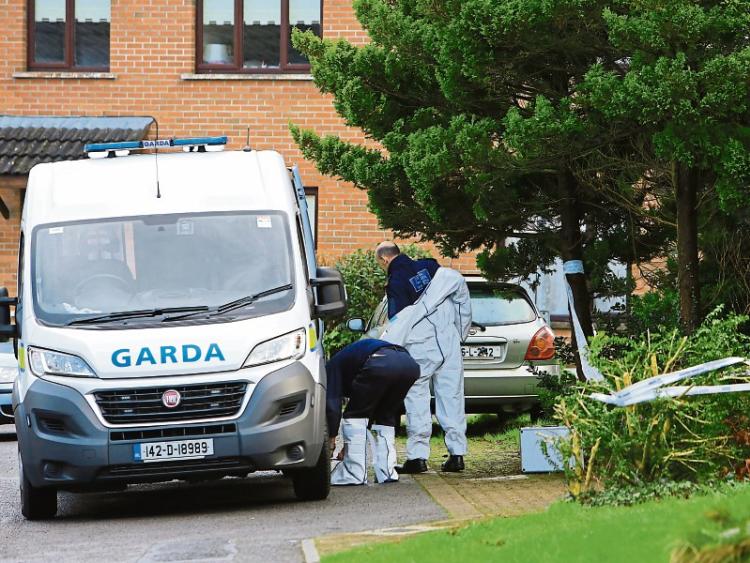 The body of Michal Rejmer was found at a house at the Pines, Briarfield on January 8, 2016

Monika Matracka, aged 35, who has an address at The Pines, Briarfield has pleaded not guilty to murdering Michal Rejmer (38) at that address at a time unknown between 8pm on December 30 and midnight on December 31, 2015.

However, the jury has heard she admitted killing her former partner the day his body was found in the back garden.

In evidence this Monday, Detective Garda Pat Whelan said the defendant was interviewed at 10.45pm on January 8, 2016.

The accused told gardai in the interview that Mr Rejmer had lent her money when they were in a relationship in 2009. On December 30, 2015 he wanted his money back as he needed it for injections in his knees.

"I told him I couldn't give him all the money back, he got angry and started shouting at me," said Ms Matracka.

The court heard that Ms Matracka went to take a shower on the night of December 30 and afterwards Mr Rejmer came into the room. He grabbed her arms and started to shake her.

"He was hiding a knife behind him so he was swinging it around in front of my face. He said he needed the money right now and if he didn’t get it now I would have to say bye bye to life," she said.

The court heard that the deceased then cut her left hand with the knife.

Ms Matracka told gardai that Mr Rejmer fell down the stairs and when he was getting up from the floor she hurt him with the knife in the arm or hand.

"I didn't know what he was going to do with me. I kept stabbing him a few times, I don’t remember very well," she said.

She went into the kitchen as she was "trying to escape" and he followed her. He was shouting.

Ms Matracka agreed with gardai in her interview that for "at least three of those days" the deceased's body was in the house.

"I didn't tell anyone, I went to work everyday after," she said.

The accused told gardai that she tried to burn the knife in her fireplace two days later.

Ms Matracka later put the brown-handled knife in a public bin outside The Hurler's Bar on the Dublin Road.

Detective Garda Dave Burke said in another interview, Ms Matracka stated she only went into the kitchen once or twice while Mr Rejmer's body was lying there and she ate at work.

He was lying facing up in a puddle of blood.

The court heard that Ms Matracka said she missed her former partner and loved him when they were in a relationship but had no feelings for him by the end.

While Michal never beat her, Ms Matracka told gardai that he pretended she was not there, he gave her orders and spat in her face a few times.

"I don’t know how it happened and I'm still alive, maybe it be better if Michal was sitting here. Michal is dead so I did something wrong. I shouldn't have done it at all," she told gardai.

The accused told gardai that she picked up the knife from the floor for her own protection as she was afraid.

She agreed with gardai that the event happened on the Wednesday night, she dragged him to the computer room by the feet on the Friday and then brought him out to the back garden on the Saturday night.

“I couldn’t fall asleep so I decided to move his body to the back garden. I dragged him out by feet, I turned him and kept rolling him. I had a rug which I wrapped around his waist so it was easier to roll the body. It was more slippery and easier to slide it," she said.

Ms Matracka said she put Mr Rejmer's body where the turf was stored and covered him with plastic.

When gardai put it to her that she left the man she loved for seven or eight days and then threw him out with the turf and covered him up, she said: "He wasn’t the man I loved, I loved him at one time.”