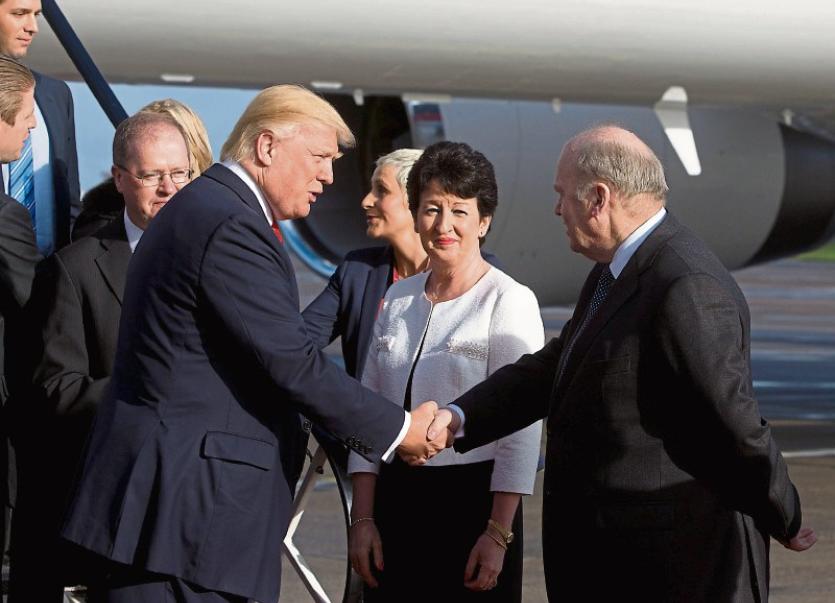 MINISTER Michael Noonan has said that he sees “no huge threat” to Ireland despite external factors such as Donald Trump’s presidency and Brexit.

The Minister for Finance said that there’s no “sense of crisis” like there was following the recession.

He made the comments at the UL GAA breakfast morning at the Castletroy Park Hotel today, after his return from Davos, where he attended the World Economic Forum with Taoiseach Enda Kenny.

He admitted that both Trump’s administration and post-brexit Britain are “not as fully committed to free trade as their predecessors”, and added that the Government will have to be “very conscious” of that.

“I suppose the most fundamental thing is that, and most economists would say that, if you expand trade, you’ll grow your economy, and any move to restrict trade will have the opposite effect,” he added about both British and American plans to change the way they trade on the international market.

Despite these challenges, the Limerick minister is not worried about the economy in the face of these political changes.

“It’s always challenging, but there’s no sense of crisis this time compared to what there was when we went into Government in 2011, when in effect we were only surviving because of the support we got from the IMF and the European Union, and we were at the bottom of the most serious recession that the country ever had,” he said.

“In effect Ireland had gone bankrupt. So it’s not like that at all, these are just very serious political events in countries that we do a lot of trade with.

“So we need to watch it very carefully and make sure we position ourselves to negotiate best results,” he added.

Mr Noonan spoke jovially about his 2014 meeting with Mr Trump, when the now US president visited his Doonbeg golf course and hotel.

“Sure I met him in Shannon… But he wasn’t a politician then!”

“He has now divested his business interests to his sons. When I met them in Shannon Airport, together with his daughter Ivanka, they were three very impressive young people,” added Minister Noonan.