'Back to normal’ as inspirational Limerick woman Joanne returns to work

Burn victim's determination to get well has inspired admiration 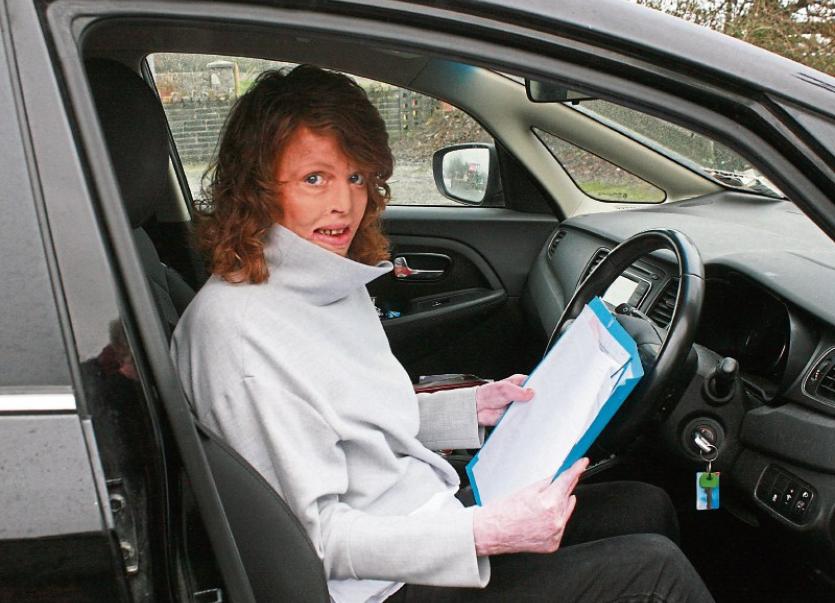 Joanne McMahon, out and about again at her job as home-help co-ordinator with the HSE

LESS than three years after she suffered grievous and life-threatening burns, Limerick's Joanne McMahon is back at work.

“I’m really back to normal now,” she laughed as she began her second week at her post as a home-help co-ordinator for the HSE in Newcastle West.

The Castlemahon lady - a former winner of the Limerick Person of the Month award - is, she explained, starting off doing two days a week but hopes that this will expand over time.

“At the moment, I am doing fine. We will see how that goes.”

In May 2014, Joanne received extensive third degree burns during a celebratory family barbecue and spent 101 days in an induced coma in the burns unit of St James’ Hospital in Dublin before beginning her long journey back to her everyday life.

She revealed: “I was always thinking about going back to work. I had last September in my head but I had another surgery to be done on my hand. It is healed now so the time is right.”

Just before Christmas, following consultation, she picked January 10 as her D-Day.

As luck would have it, there was an opening for her in Newcastle West, close to her Castlemahon home, and where she had worked as a co-ordinator for eight years before being posted to Kilmallock shortly before her accident.

She was both apprehensive and excited at the prospect of a return to work.

“I thought I would be nervous. I thought I would be worse. But it went fine. I got up, got dressed and went in. The fact that I was back in the health centre in Newcastle West and knew everyone was great.  And I would have been in and out to them since the accident. We stayed in touch. Any lunches or get togethers, I was invited.”

“It is great to get the brain working again,” Joanne went on. “You get lazy doing nothing.”

But Joanne’s life for the past 30 months has been far from “lazy doing nothing”.

She has undergone numerous surgeries since, and at one stage was returned to an induced coma. She also needed physiotherapy and had to receive special treatment each week in St James.

“I am on the list for further surgery,” she explains though she doesn’t know when that will be.

“I will probably have some bit of that all the time.”

For six or more months last year, Joanne was the figurehead of a campaign which raised over €210,000 for the burns unit in St James, the single biggest donation it had ever received.

“I enjoyed that. I loved every minute of it. It was an experience I would never have had otherwise,” Joanne said.