Appeal for former Limerick jockey hit €37,000 in a matter of days 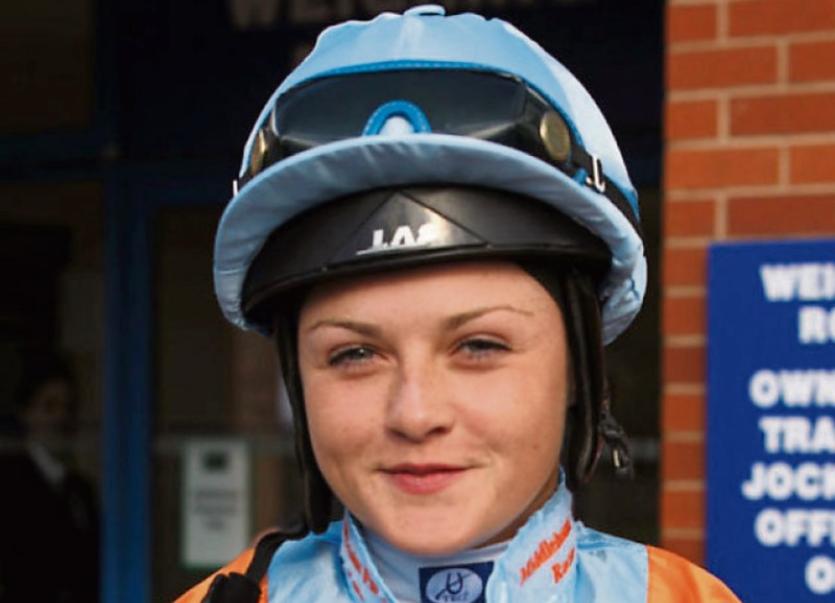 AN ASTONISHING €37,000 has been raised for a Limerick jockey who was left partially paralysed after surgery for an aggressive and rare form of cancer.

Laura Barry, Raheen, but currently living in the UK, was first diagnosed with a tumour in March of last year.

An online fundraising effort, led by a close friend of the 24-year-old, has raised the sterling equivalent — almost £32,000 — in just a matter of days.

“We became friends when Laura was riding as an apprentice for Richard Fahey in Northern England,” said fellow jockey Gemma Tutty, who launched the online campaign.

“We travelled all over the world, riding in an international apprentice series, riding in San Francisco and going out to the finals in Abu Dhabi in 2014,” she said.

The money raised in this fund will go towards Laura’s non-medical living expenses.

“The Injured Jockeys Fund have been phenomenal, and have been there for Laura since day one. They have paid all of her medical expenses so far, so the money raised is for everything else that she will need in the future in order to lead as normal a life as possible,” said Gemma.

“Due to the paralysis of her left leg from the hip down following surgery, she will need a wet room, chair lift and specially adapted car for example,” she added.

Laura rode for Ireland in the HH Sheikha Fatima Bint Murbarak World Apprentice Series, and previously won the Prolinx Ladies Silver Championship for the highest strike rate in a season.

Two years after her retirement from the sport, in 2016, she was struck down with excruciating leg pain. She discovered that she had a tumour after a private MRI scan in Limerick and a subsequent CT scan in a clinic in Galway.

The tumour at the base of her spinal cord was treated last year, but another tumour was discovered in November 2016.

Laura received treatment from a leading UK orthopaedic surgeon who removed the nerve entirely, but she will still have to endure chemotherapy to treat the tumour bed and prevent the cancer from returning.

Gemma launched the GoFundMe page on the evening of January 9, with an opening donation of £1,000 by jockey Brian Hughes.

By the following evening, it had surpassed £18,000. Richard Fahey, who is one of the UK’s most well-known horse trainers and for whom Laura had been an apprentice, donated £5,000.

“I am delighted by the amount raised so far, and very proud to be part of such a caring, generous sport and community. I want to thank everyone that has donated so far, their donations and messages of support are appreciated massively,” said Gemma.