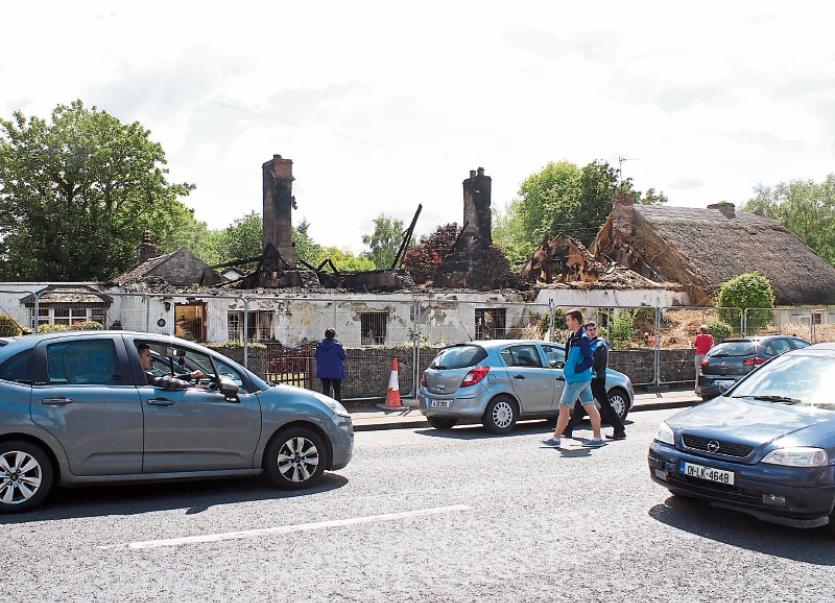 ONE of the historic thatched cottages in Adare, which was ravaged in a fire two years ago, is set to be sold for “substantially above” its modest asking price of €130,000.

The sale of the semi-detached three-bed property in the picturesque village was pitched to prospective buyers as a “rare opportunity” to buy such a unique residence, with seven buyers scrambling to purchase the property.

It was listed on the market for €130,000, but Adare auctioneer John Giltenane confirmed to the Limerick Leader that it has fetched significantly above the sum, after a sale was agreed just before Christmas.

The new owner, it is understood, is from the Limerick area, and thousands of euro in investment will be required to restore it to its former inhabitable state.

Two neighbouring cottages were badly damaged by a blaze in June 2015. They are among 11 thatched cottages which were built by the Dunraven family as staff houses in the 1800s and which have become a landmark for tourists to the village.

The Benson cottage – next door to the one which was placed on the market - was one of 57 heritage projects to receive funding under the Structures at Risk Fund (SRF) in 2016 which provides funding for protected buildings.

The exact sale price has not been disclosed.

As work intensifies on the multi-million euro refurbishment of the Adare Manor hotel and golf resort –set to open this coming September – businesses in the village are anticipating a buoyant end to 2017, and an even more prosperous 2018, as the JP McManus Invitational Pro-Am returns, after an eight-year hiatus.

Some 22 houses in Adare sold in 2016, according to the Property Price Register, the national database of all house sales.

One multi-million euro residence has been withdrawn from the market, but is expected to return for a low price in the coming months.