Nicker National School kids delve into the past 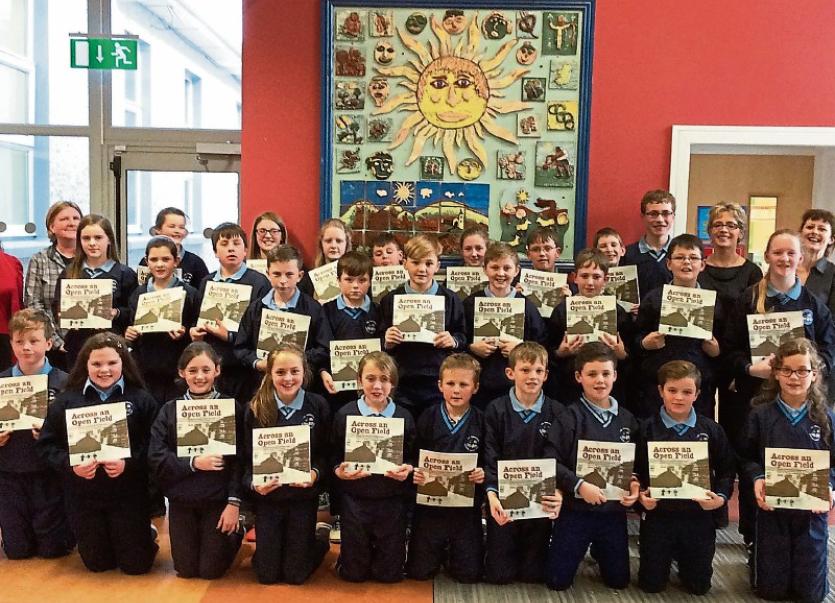 CHILDREN in Nicker National School had an experience of a lifetime when they delved into the past for a new history book.

Thirty boys and girls contributed to Across an Open Field, revealing unique accounts and personal insights into the events of 1912 to 1922. It is the first Irish history book written and illustrated by children.

Over 300 children from 10 primary schools across Ireland and Northern Ireland investigated global and national happenings, local events and family stories in the time periods. The children became “action researchers” within their own communities during a two-year project led by Kids’ Own Publishing Partnership and funded by the Department of Foreign Affairs Reconciliation Fund.

They focused their investigations on local stories and family histories from the Titanic and World War I to the Easter Rising and War of Independence.

The children learned about Thomas and Hannah O’ Brien, farmers from Pallasgreen, who were third class passengers on the Titanic. Thomas ensured that Hannah, who was pregnant, got into a lifeboat and she made it to New York where their daughter was born.

Patrick Bailey, fourth class pupil, was excited to learn that his great grandfather Paddy Ryan from Pallasgreen not only fought in World War I but was an Olympic champion hammer-thrower, who held the world record for 25 years.

Three of the children discovered they had relatives who were involved in the Dromkeen Ambush during the War of Independence including the official commander of the IRA’s Mid-Limerick Flying Column, Dick O’Connell, a great granduncle of Dennis O’Connell, fifth class.

Caoimhe Long, fourth class, said Margaret Gould was her great grandmother and was a carrier of messages in the War of Independence. “She was in Cumann na mBan and married a man called William Long. They had seven children, all boys. Tommy was the oldest and he was my grandfather. She died aged 93 and was given a 21-gun salute at her funeral and her coffin was draped with the Irish flag,” said Caoimhe.

Orla Kenny, director of Kids’ Own, said she hopes Across an Open Field “inspires children everywhere to have a deeper connection with our history and our culture’. The book is available from kidsown.ie for €12 and 100% of proceeds will support children's participation in the arts.