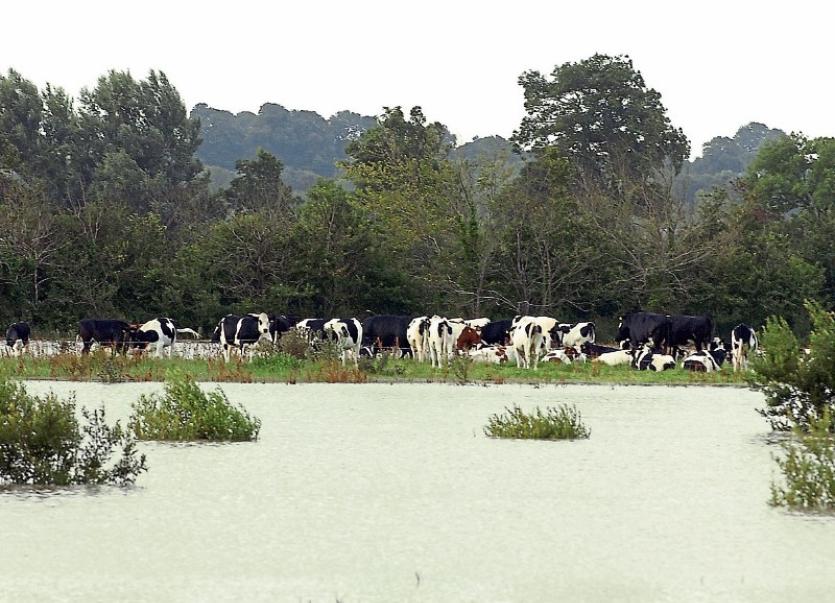 Around 50 acres of land in Ballysteen was underwater for a period in early 2014, and the general area has suffered repeated tidal flooding since.

It is believed that the issue, which has caused “total ruination for farmers around there”, has not been dealt with at the embankment, because of uncertainty regarding the ownership of the particular patch which needs the remedial works.

“This is going on quite a long time and I believe the people in the Ballysteen area are getting very anxious,” said Cllr Adam Teskey.

Cllr Kevin Sheahan said that although he welcomes the news that work on flooded areas in Foynes is underway, the inaction on Ballysteen “is not good enough”.

“Half the country got flooded that time and I see the Government are taking action now, and rightly so. There’s some action going on in Limerick city, and rightly so. Foynes thankfully is underway.

“But there is no movement on Ballysteen — no movement, only paper talk, and that’s not good enough,” added the Fianna Fáil councillor.

“An estimate has been done by some people as to what it would cost to do the works — small money, between €10,000 and €20,000 — that is small money relative to the millions it is costing the taxpayer all over the country to do repairs,” said Cllr Sheahan.

“But there are farmers whose livelihoods depend on this and parts of their farms have been wiped out for any useful purpose.”

Cllr Emmett O’Brien, a beef farmer, said that his own land in Kildimo also continues to be flooded, but it is not prioritised because it is agricultural.

“It has a serious effect for the people whose land is flooded. It destroys their land.

“And it’s destroying these people’s lands, and we’re just getting pushed around by the State repeatedly — ‘who cares about them, they’re on the Shannon, nobody gives a damn’ — that’s the point, and it’s not good enough,” said the independent councillor.