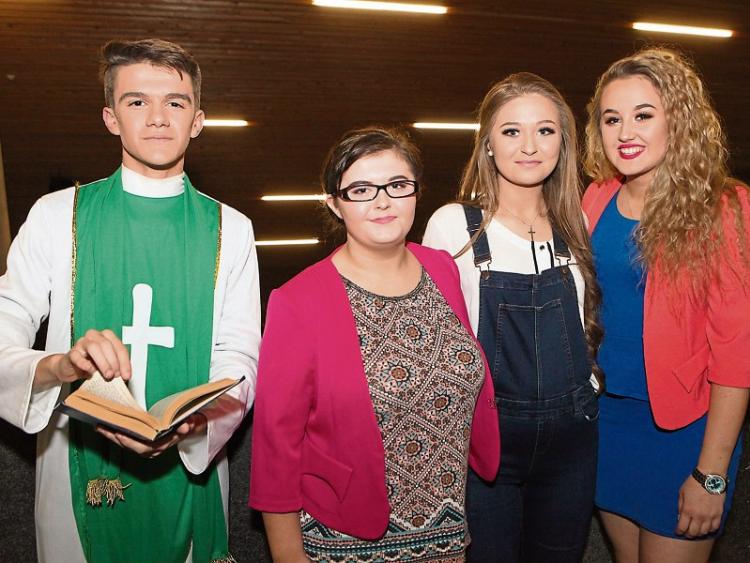 CLOSE on 2,000 people were taken on an Abba  musical journey when students from Coláiste Iosáef, Kilmallock took to the stage with their production Take a Chance On Me.

Transition year students from the school treaded the boards of The Lime Tree Theatre, Limerick over two nights with their Christmas show.

There are 66 students in transition year and each student was involved in the show, be it on stage or behind the scenes.

Months of rehearsals came to fruition and in the words of producer Laura Henebry “we couldn’t be prouder of our pupils and we say thank you for the music”.

Principal Noel Kelly spoke on the closing night and he highly commended the students on their wonderful achievements. He said his only regret was that it had to end. He told the students how proud he was of them and how this experience would stand to them for the rest of their lives.

He quoted Shakespeare, “It is not in the stars to hold our destiny but in ourselves” and told students they had a very bright future ahead.

The show featured a wealth of Abba songs which brought the audience on a musical journey to the Greek islands. The story tells how a 20-year old bride-to-be, Sophie, played by Aoife Barrett from Kilmallock finds in her mother’s diary that she has three possible fathers. Sarah Connolly, Bulgaden, playing the role of Donna Sheridan is baffled when three men from her past turn up unexpectedly the day before her daughter’s wedding. Sophie’s ‘dads’ are played by the talented trio Enda O’Neill, Ardpatrick, Adam Kirby, Meanus and Kevin Casey, Kilmallock portraying the roles of Sam, Harry and Bill. Donna’s best friends Rosie and Tanya played by two Kilmallock ladies Rebecca Sheedy and Emma Meehan had the audience in stitches with their comic abilities and musical talents.

The school would like to thank all the sponsors and public for their support.