Michael Noonan confident of another 1,000 jobs for Limerick in 2017 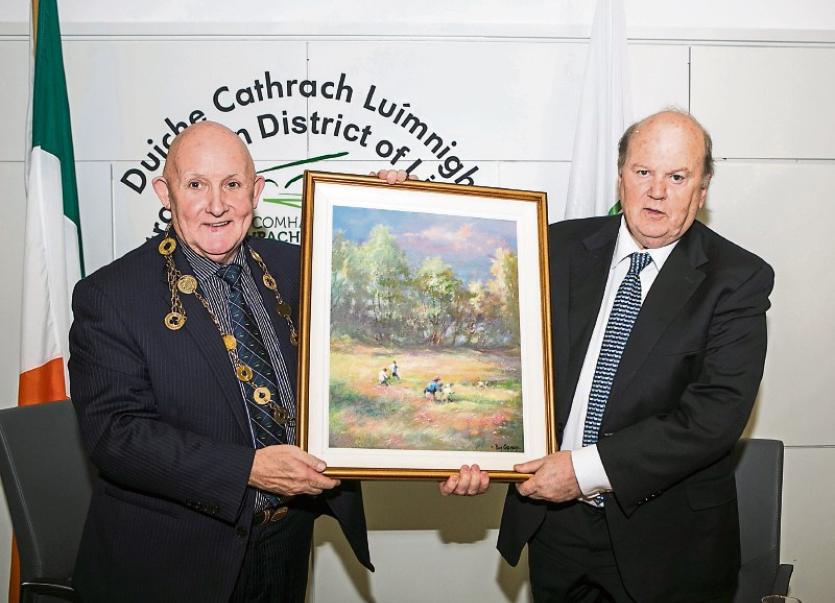 MINISTER for Finance Michael Noonan has expressed confidence that another 1,000 new jobs could be created in Limerick in 2017.

Speaking to the Limerick Leader following a mayoral reception which was held in his honour last Friday, Minister Noonan said there could be at least the same number of jobs created next year as there has been in 2016.

“There could be [another 1,000 jobs]. I know a bit about the pipeline, and while there isn’t a final decision, there is a lot of interest in Limerick, with some very big name companies looking at Limerick now for lots of jobs. So, even if one of them came over it would be easy to make the thousand. We’ll live and hope, and keep working,” he said.

Minister Noonan was praised at the reception for his part in helping to bring 954 jobs to Limerick to date in 2016.

Asked if he’d accept the full credit, he said: “It’s obvious as Minister that you can get people to visit the city, but at the end of the day then the city has to sell itself. It’s a combined effort between the local authorities, the IDA, the business community, and so on.

"Shannon Airport is a big asset to us, especially for American companies. We’ll play to our advantages, and continue to create jobs,” he said.

“I’m quite optimistic about 2017. The signs are good; the economy is strong. We’ve had a lot of sites visits by the IDA, so I’d be hoping we’ll have a good year again next year.”

Asked if Limerick could become Ireland's 'second city', he said: “It’s certainly prospering very much. The industry is solid here. I’d like to see the Limerick 2030 project advancing now in the next number of years, because that will rebuild and effectively remodel and redesign the centre of the city, and I think that’s needed.”

“I don’t think we should approach it as competing (against) any other city. I think we should do our best to make Limerick a very good place to live, where there are a lot of good jobs that people would be happy in and well paid for, and then have the education and social facilities that a family needs. I think we’re well down the road in terms of achieving those objectives.”

This December alone, BD (Becton, Dickinson and Company), a leading global medical technology company, announced its plans to open a new €21m research and development Centre of Excellence in Limerick, bringing 100 new jobs to the city.

Professional services firm EY also announced the opening of its new expanded office space in the heart of Limerick city, outlining its ambitions to grow to a headcount of at least 100 people by 2020. Again in December, US company Acacia Communications announced the creation of 60 new jobs in Limerick, with the establishment of a new headquarters for the company's EMEA and APAC operations in the city.

In addition, more than 230 jobs are to be created through the construction and operation of a €14m engineering training centre of excellence at Limerick Institute of Technology. The college hopes to welcome the first cohort of students in Coonagh during the 2017/2018 academic year.

The first phase of development is planned in stages over three years.