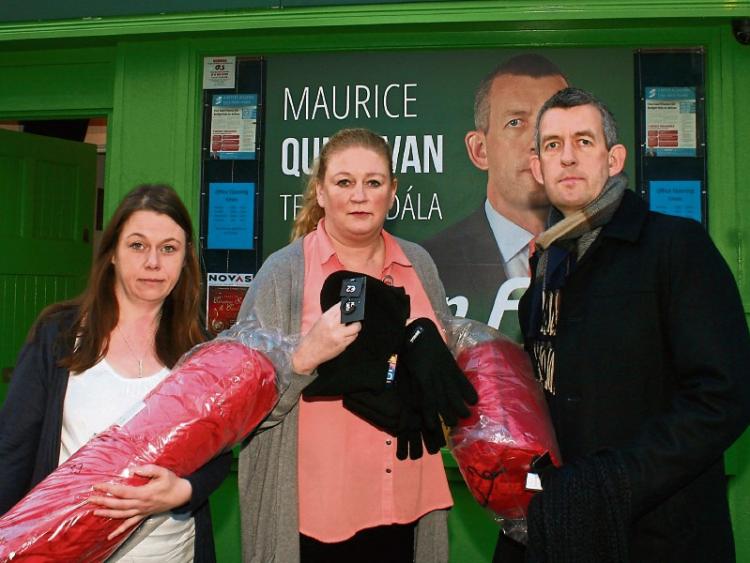 LIMERICK TD Maurice Quinlivan has given a helping hand to people facing homelessness over Christmas.

With the number of people sleeping on the streets continuing to grow, the Sinn Fein deputy has, with the help of his office staff, been collecting hats, scarves gloves and socks to give to Limerick’s homeless.

Donations have come from people dropping into his Denmark Street office, with the stock then transferred to local homeless charity Novas Initiatives.

“I was contacted through Facebook by a number of people who wanted to try and do something, but didn’t know what to do. One woman suggested they drop things into my office. So I was happy to facilitate this,” Mr Quinlivan said.

Six boxloads of donations have been collected so far, with one lady from Ballynanty donating a tent and sleeping bags that her family were not using.

“I want to thank her particularly, as she was on the verge of becoming homeless so she knows what it is like,” he said.

Throughout Christmas, Mr Quinlivan is calling on people to drop in donations of toiletries and second-hand clothes, pointing out that often at Christmas, there can be a lot of unwanted gifts.

He added: “The vast majority of people in Limerick have great decency, and feel the state should be doing an awful lot better. I think people are so frustrated and stressed at seeing people on the streets.”