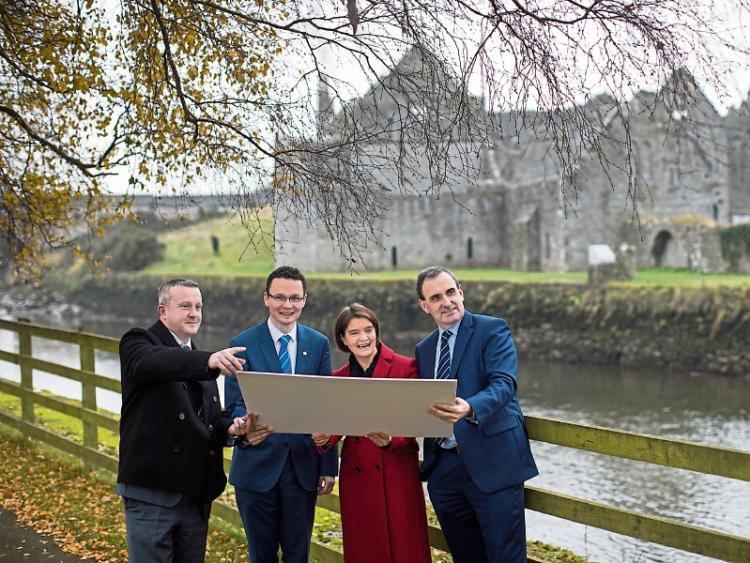 A NEW touring route which will connect Limerick to the Wild Atlantic Way was unveiled by Minister of State for Tourism Patrick O'Donovan this week.

The Shannon Estuary Drive is part of a new pilot scheme from Fáilte Ireland to encourage visitors to discover a variety of inland experiences, branching off from the Wild Atlantic Way.

“As the Wild Atlantic Way continues to grow at an enormous rate since its launch, we can now start to develop additional experiences for visitors to enjoy, and that is why I am delighted that the Shannon Estuary Drive, here in Limerick and also in Clare is the first of its kind along with a similar route in the Burren,” said the minister.

“This route will help us to plan for a more even spread of visitors across the Mid-West and the west of Ireland,” he added.

The ring drive will take in the N69 from Limerick city to Tarbert, where the ferry brings drivers across the estuary to Killimer, Clare.

Along the way, tourists would pass through Mungret, Clarina, Kildimo, Kilcornan, Askeaton, Foynes, Loughill and Glin.

The plans are good news for N69 businesses, which will benefit from the increased traffic and flow of tourists.

The drive is being developed by Fáilte Ireland in conjunction with Limerick City and County Council and Clare County Council, after being proposed by Minister O’Donovan.

"After I was appointed as Minister I immediately set about to put a plan in place to develop this route,” said the Newcastle West TD.

Fáilte Ireland’s Director of Strategic Development, Orla Carroll said: “We are working in close partnership with both Clare and Limerick local authorities and will be developing appropriate navigation aids and viewing points which will involve some capital investment for both areas.

The route “provides a significant opportunity for Limerick and Ennis as gateway towns to the Wild Atlantic Way”, according to Fáilte Ireland.

Councillors from the Adare Rathkeale municipal district welcomed the news at their monthly meeting this week, following calls for the drive to Limerick city to  be included in the Wild Atlantic Way.

Some councillors called for waterside viewpoints to be included along the route, at Ringmoylan, Pallaskenry and Beagh, Ballysteen.

“We don’t pay enough attention to what is going on on the Shannon — it has huge tourism potential,” said Cllr Emmett O’Brien.