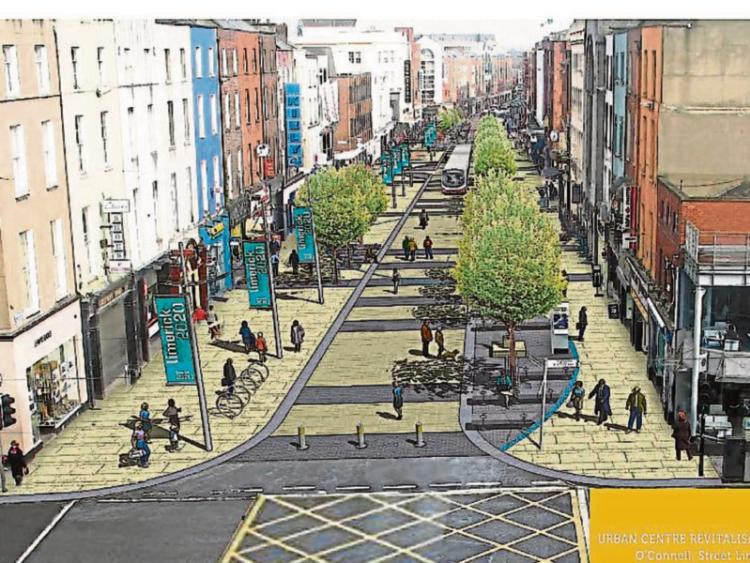 The council planning a major pedestrianisation of O’Connell Street

THE Green Party in Limerick says plans for the pedestrianisation of O’Connell Street are “not ambitious enough”.

Limerick City and County Council put on display plans for the transformation of the city’s main thoroughfare, with the project to cost in the region of €10m.

But the Green Party’s general election candidate James Gaffney is disappointed the local authority did not take into account his party’s submission for a linear park running alongside O’Connell Street between the junction with Mallow Street and William Street.

He said the park would “highlight the proud history of Limerick as well as underscore the bright future for the city”.

“Consideration could be given to naming the park after one of our great sporting heroes such as Anthony Foley, Pat Hartigan, Paul O’Connell or Andy Lee,” he said.

To tackle the parking issues which may arise, Mr Gaffney said Roches Street, Cecil Street and Glentworth Street could be reduced to one-way systems to allow diagonal parking.

“The existing restaurants and cafés along the street would be given the option of providing significant outdoor seating for their customers to attract people to spend time in the city centre in an environment where they can relax, enjoy a meal without sitting on a street with traffic passing,” he said.