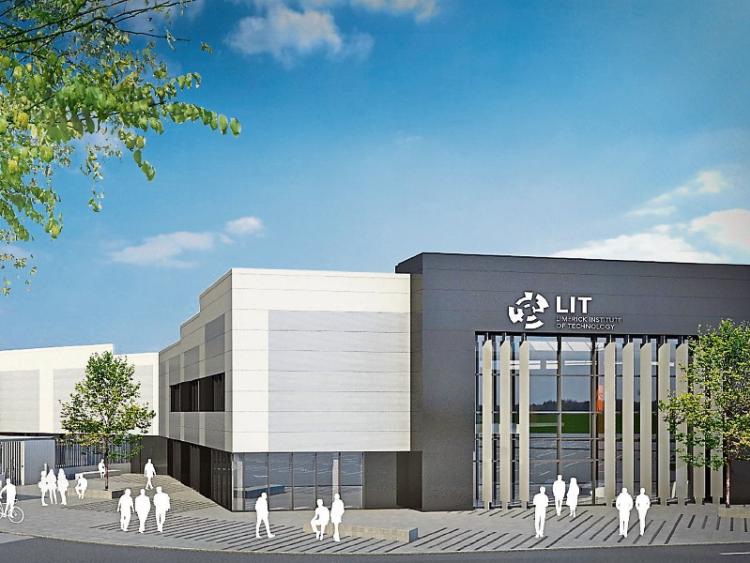 A graphic of LIT's plans for Coonagh

LIMERICK Institute of Technology (LIT) has secured planning permission for a new northside campus that will receive a €14 million investment.

Limerick City and County Council has green-lit a plan by the college to convert an unused building at Coonagh Cross to a fully functioning college, in a move which will create 134 construction workers, and 100 permanent staff.

In total, the proposed campus will serve 550 precision engineering students, with new college president Professor Vincent Cunnane previously stating he would hope the first intake to be in place by September next.

We are delighted to announce that permission has been granted for our new campus development at Coonagh. pic.twitter.com/ihx14wyMN4

As well as precision engineering, the college had previously said the new campus will allow LIT to expand a range of other programmes and provide extra sports facilities at a site which was once earmarked for a cinema development.

Prof Cunnane said: "We are one step closer to seeing an unused site transformed into a centre of engineering learning which will have major dividends for Limerick and the region. It will increase the attractiveness of Limerick for continued investment and jobs growth while also directly addressing critical skills needs in industry.

"Developing Coonagh means that LIT is freed up to expand what we do elsewhere, particularly in Limerick’s city core. We already have 1,000 students in the city centre at LSAD, along with two city centre incubation centres, and we are committed to developments on other key strategic sites in the city."

One of the conditions set down by the council is that the site can only be used by the mechanical and automobile faculty.

It is unclear whether the council’s stipulation would impact on these proposals.

Although no formal objections were made to LIT’s plans, An Taisce in Limerick argued another out-of-town campus would “undermine the focus on revitalising the city centre”.

Group spokesman Thomas Bibby pointed out that the application contravenes both the Limerick City Development Plan and the Limerick 2030 plan, a blueprint for which LIT is part.

They said LIT’s proposed new campus would act as a precursor to more development at Coonagh, further undermining the city’s viability.

Notably, this includes an order that LIT will put in a place a private shuttle bus to and from the campus until suitable public transport provision is in place.

Only one bus line currently serves the site.