Limerick road victim to be laid to rest 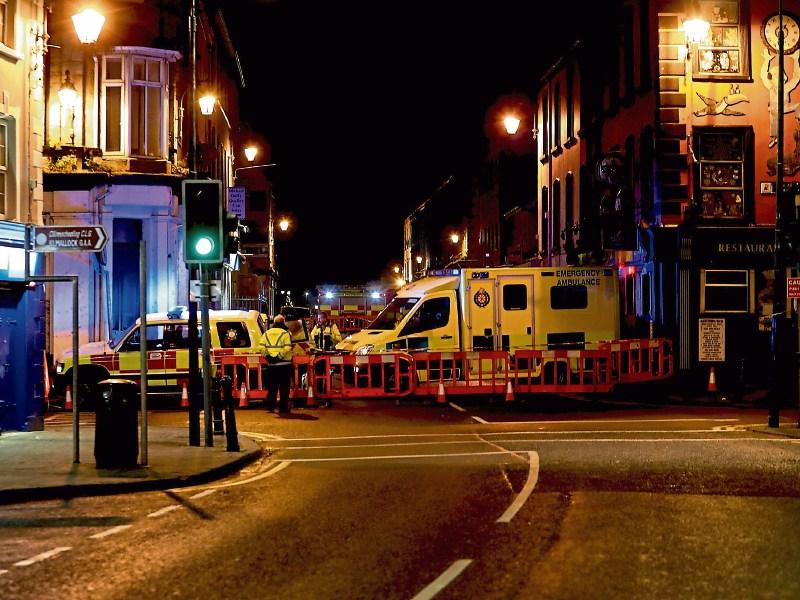 The scene of the fatal accident in Kilmallock - Picture: Keith Wiseman

THE man who lost his life in a road traffic accident in county Limerick on Wednesday evening is to be laid to rest this Saturday.

Tagdh McCarthy, 53, suffered fatal injuries when he was struck by a lorry on Lord Edward Street in Kilmallock shortly after 5pm on Wednesday.

Mr McCarthy, who was on foot, was pronounced dead at the scene. His body was taken to University Hospital Limerick for a post mortem.

No other injuries were reported.

Inspector Luke Conlon of Bruff Garda Station said it was a "tragic accident".

Mr McCarthy was described by residents in the area as a popular member of the local community.

“Tagdh was a gentleman who was very popular in the town. His tragic death has come as a great shock.  We are thinking of all the families involved in what was a tragic accident,” said one local.

Ambulance crew, members of the fire brigade service and gardai responded to the incident. The scene was preserved and a section of Lord Edward Street was closed for a period of time to facilitate Garda Forensic Collision Investigators.

Mr McCarthy, who was from Kilmallock, is survived by parents William and Rita, brothers Ger, William, Denis and Stephen, sister Siobhan, sisters-in-law Jennifer and Mary extended family and friends.

His funeral Mass takes place this Saturday at SS Peter and Paul’s Church, Kilmallock at 12noon with burial afterwards to Granagh Cemetery.