Apartment project in Limerick city gets the go ahead 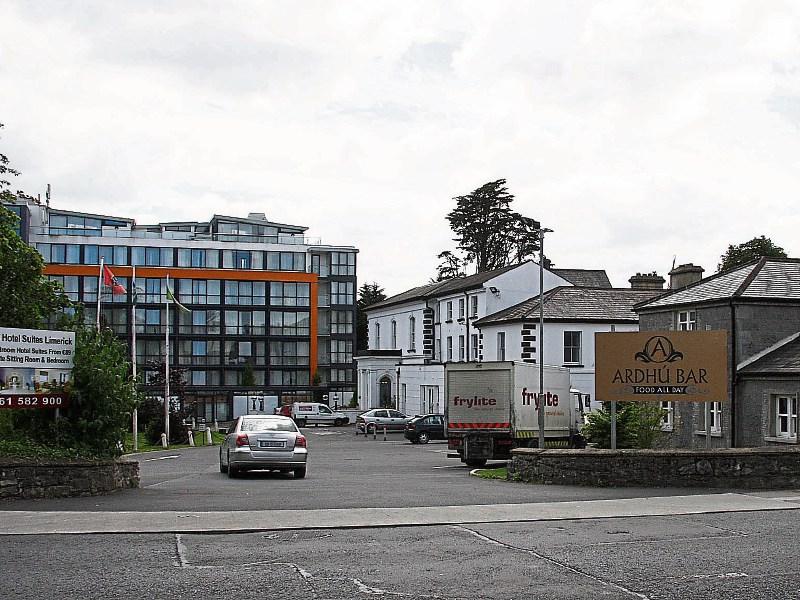 Plan approval: The former Clarion Suites on the Ennis Road

A HUGELY controversial proposal to convert an old hotel to an apartment complex in Limerick city has received the green light from An Bord Pleanala.

Eoin Ryan, the statutory receiver to Budelli Construction, was seeking planning permission to convert the former Clarion Suites apart-hotel at the Ennis Road into 61 apartments.

In addition to this, the application provides for four new apartments at the neighbouring Ardhu House, with nine two-storey dwelling houses to be built on site.

But the plans have proven to be unpopular with residents, with more than 50 local groups objecting to Limerick City and County Council – which ultimately granted permission – and a further six appealing this decision to the national planning appeals body.

Metropolitan mayor Michael Hourigan has warned of the “destruction of the ambience” of the Ennis Road area, adding: “It’s a huge development, and we want to maintain this at all costs.”

Elsewhere, concerns have been raised among residents over parking, an increase in demand for electrical power in the area, a rise in the need for clean water, plus the “unsightly” appearance of more aerials and satellite dishes arising from the development.

Nearby Highfield residents had asked that the planning permission be “rejected out of hand”.

But instead An Bord Pleanala has decided to allow the development proceed, with 20 conditions, which Cllr Hourigan insists he will monitor very closely to ensure the developer will stick to these.

“People are not opposed to the area being developed and the apartments coming in. What they are really concerned about is how this will manifest itself to the quality of their own life. This is why so many people lodged objections to this,” he said.

Among the conditions laid down by An Bord Pleanala are a stipulation that the management of the proposed apartment complex will be the responsibility of a “legally constituted management company, established by the developer”.

“A management scheme, providing adequate measures for the future maintenance of the development, shall be submitted to and agreed in writing with the planning authority before any of the residential or commercial units are available for occupation," the An Bord Pleanala inspector states.

They are also stating a conservation expert should be put in place to manage the work on the site.

It is understood residents opposed to the development will meet later this week to discuss their response.