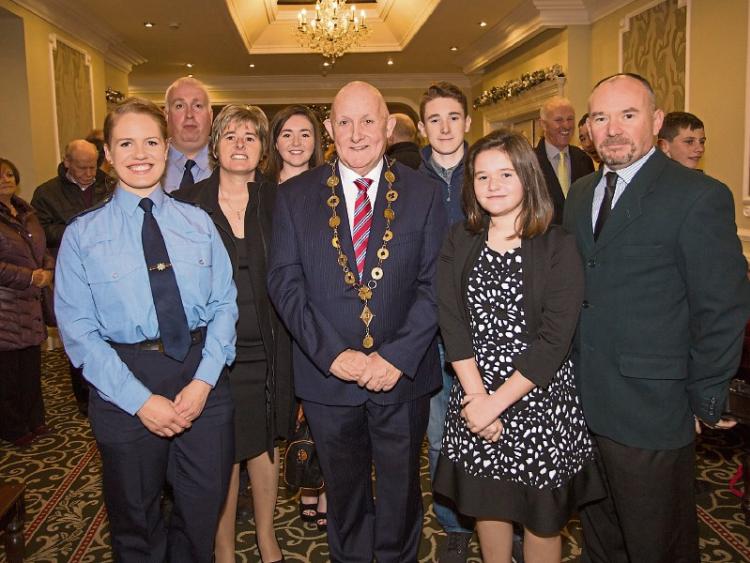 THE head of the Limerick garda division has praised the innovation being shown by young people across the city and county.

Sponsored by Garvey’s Supervalu and Centra, the awards aim to honour young people, who have made a significant contribution to the community in which they live.

Lee Quinn (18) from Moyross received an award for overcoming several personal challenges to secure a place at the Trainee Jockey programme with the Racing Academy and Centre of Education (RACE) in Kildare.

“It feels good to be doing something with my life. I used to always get into trouble but now everyone likes me so it’s cool,” said Lee who says young people should always keep working to achieve their dreams.

Another award winner was 13-year-old Áine O’Connor from Lisnagry who cut off ten inches of her hair for charity.

“I did it for my uncle (Raymond O’Connor) who had passed away from cancer. He used to live with us so he was kind of with me throughout my whole life. It was hard when he died so I felt I should do something,” said Áine who received the award on the second anniversary of her uncle’s death.

Another award recipient was Sarah Duggan (17) from Mungret. In addition to volunteering at a local charity shop she has played a huge role in recent years by raising more that €12,000 for her local GAA club by selling weekly lottery tickets.

“I’ve always loved doing the work and it gives me such a great opportunity to meet my neighbours and have relationships that I wouldn’t have gotten before and I am very grateful for that,” said Sarah who is a student at Colaiste Mhuire in Askeaton.

Four students from Coláiste Chiárain in Croom were honoured for their efforts in overcoming major adversity and challenges in their lives.

Since arriving in Ireland from various parts of Africa, Hassatour Diallo, Merveille Mangidi, Ntoya Kahusu and Moise Kahusu have learned English and embedded themselves in the local community.

“We take it so much for granted that we just engage in our own community - to be transported to a new community, to learn a new language and to achieve what they have achieved is just phenomenal,” said John Kelly from the school completion programme at Coláiste Chiárain who nominated the four students.

The Mayor of Limerick City and County, Cllr Kieran O’Hanlon attended the awards ceremony at the Woodlands House Hotel in Adare as did a number of senior gardai including Assistant Commissioner Ann Marie McMahon.

“The youth of today have opportunities that we never had in our time growing up and what we are saying is we acknowledge what ye have done and we want to say thank you and continue with what you’re doing because your inspiration will provide the inspiration for more,” said Chief Supt Sheahan.