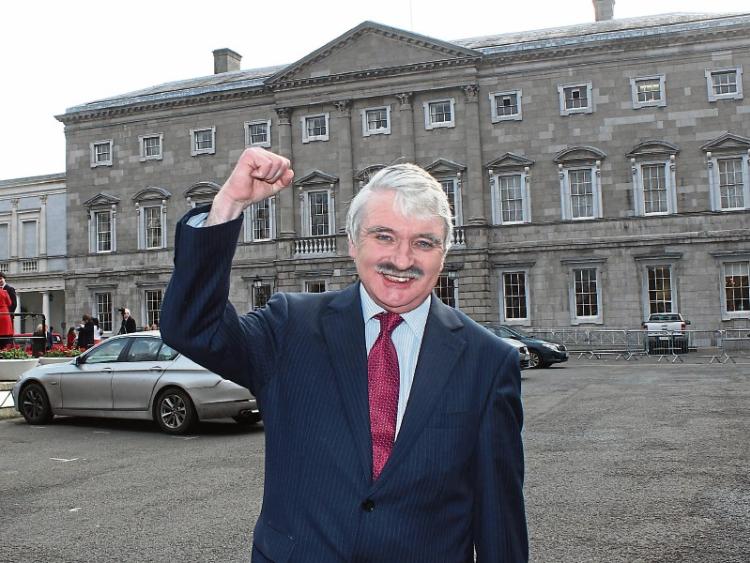 A ROW has erupted between Limerick TD Willie O'Dea and Social Protection Minister Leo Varadkar, after the Fine Gael man was recruited by RTE to front a late night radio show.

Mr Varadkar – who was in Limerick three weeks ago for the Chamber Business Awards – will be one of the guest presenters on RTE Radio One's Late Date show over Christmas.

But his political rival's new role has not impressed the former Defence Minister and Limerick polltopper.

"Leo Varadkar is a marvel. As Minister for Health and now as Minister for Social Protection, he has turned on their head the traditional, constitutional notions of a Cabinet Minister, where a person is appointed by the Taoiseach and paid well by the State to take responsibility for a Government department,” said Deputy O’Dea, in a statement released by Fianna Fail.

“Instead, he has crafted a role for himself as resident chat show panellist and a sort of celebrity political commentator, where he muses on how terrible things are, and how something should be done. When it comes to actual political accountability and having a vision for the department he is responsible for, he is nowhere to be seen," he said.

Mr O'Dea – who as Fianna Fail's spokesman on Social Protection is in effect Mr Varadkar's opposite number in Dail Eireann – added: "The country is suffering from truly shocking levels of deprivation and the Social Protection Minister is planning to take on a radio show.

“If it was anyone else, it would be called out and ridiculed as an unprecedented self-promoting absurdity. But it’s no problem for Leo Varadkar. Indeed, it is a natural progression for the most hands-off minister in modern times," he added, claiming the Dublin TD has a "special relationship" with the State btroadcaster.

However, Mr Varadkar responded to Mr O'Dea's statement with a humourous tweet, quipping: “Ah chill Willie. It'll be the week after Xmas & the graveyard shift. You're most welcome to ring in a request if you like.”

@oconnellhugh Ah chill Willie. It'll be the week after Xmas & the graveyard shift. You're most welcome to ring in a request if you like.