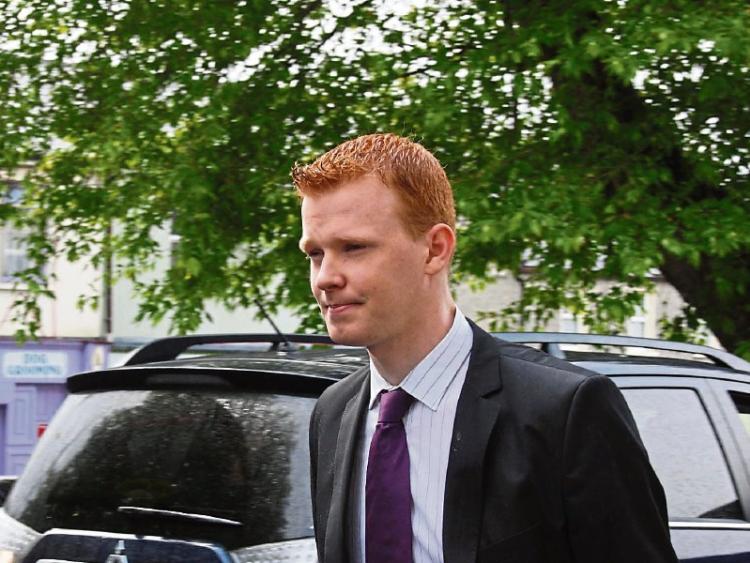 Garda Brian Hanrahan, who is based in Newcastle West

A LIMERICK based garda is alleged to have punched two women in the face during an early morning dispute over a €15 fee for a lift home.

Garda Brian Hanrahan, 34, who is originally from Tipperary, but based in Newcastle West, denies the two charges of assault against each of the two women in Nenagh on March 6, 2015.

The case is due to be heard in full before Judge Elizabeth McGrath at Nenagh District Court and not before Nenagh Circuit Court on February 3 next.

It is alleged Garda Hanrahan - who was off duty at the time - got involved in a row with two women at around 4am in Nenagh after they agreed to give him a lift for a fee of €15.

It is alleged he became abusive in the car and that he punched both women in the face when they asked him to leave.

It is alleged one woman was punched twice in the face, and that the second woman was also assaulted when she went to help her friend.

Garda Hanrahan then left the scene on foot, it was heard during a brief outline of the case to the court.

One of the women claimed that she received medical treatment and was found to have fractured one of her teeth, costing her €510.

The other woman, the driver of the car, claimed she avoided any injury and did not require medical treatment.

Gardai attending the scene later spotted a man with red hair who was walking on the roadway but staggering as if he was drunk. He identified himself as an off-duty member of an Garda Siochana.

The Director of Public Prosecution directed that the matter can be dealt with summarily - or at the district court level.

Dan O'Gorman, solicitor for Mr Hanrahan, said his client would be vehemently denying all the allegations.

"He absolutely denies it and he is disputing all the allegations on the night," said Mr O'Gorman.

Garda Hanrahan attended the hearing but did not address the court.

He made headlines last year when he was shot during an attempted robbery while he was on holidays in the US.