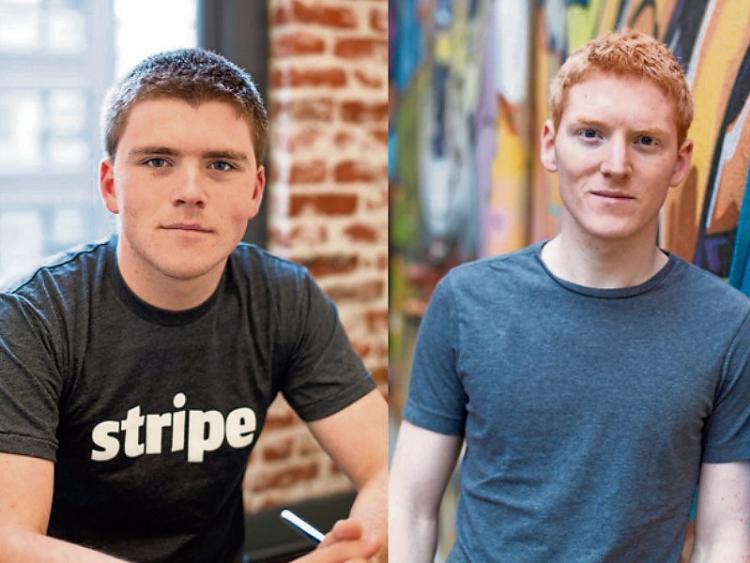 Brothers John and Patrick Collision, the founders of Stripe

LIMERICK brothers Patrick and John Collison have reached a new milestone in their tech company Stripe, which now has a value of $9bn following a recent round of funding.

The online payments firm, established in 2010, received a major financial investment of €142m in the latest funding round, confirming Stripe as the world’s most valuable start-up of its kind. It is also said to be one of Silicon Valley’s fastest growing firms.

Following this €142m raised by CapitalG, an investment division of Google’s parent company Alphabet, and General Catalyst Partners, the two brothers are now worth around €1bn each.

According to Forbes magazine, 26-year-old John Collison is the world’s youngest self-made billionaire. He is two months younger than billionaire and Snapchat cofounder and chief executive, Evan Spiegel.

Forbes also writes that the Collison brothers join six other Irish billionaires on its World Billionaire List, and are now Ireland’s youngest billionaires. The 87-year-old construction tycoon Pallonji Mistry is reportedly Ireland's richest billionaire, with a $13bn net worth.

The former Castletroy College students, who dropped out of college and now reside in San Francisco, have been described by the guide as “the youngest and fastest billionaires in Irish history”.