World premiere of Angela's Ashes – The Musical announced for Limerick 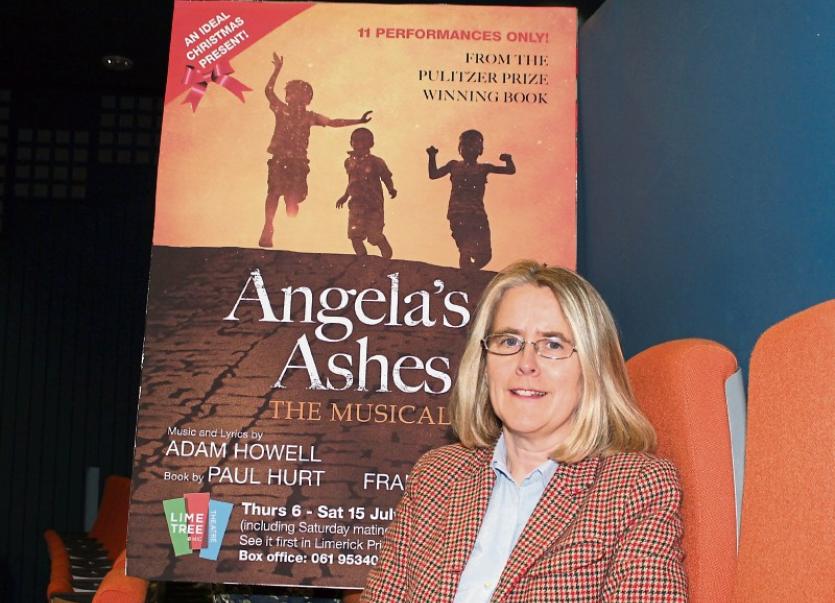 Louise Donlon, manager of the Lime Tree, said the venue was hugely excited about the new production

A NEW production of Angela’s Ashes – The Musical under the acclaimed director Pat Moylan could be set for the West End and Broadway.

One of the biggest productions ever to be staged in the Lime Tree theatre, it is expected to be a sell-out success, and tickets will go on sale this Friday –some eight months in advance of audiences taking their seats.

The Limerick Leader first revealed last year that Moylan acquired the rights of the musical production of Angela’s Ashes, which originally came to Limerick under Adam Howell and Paul Hurt three years ago.

The musical adaptation of Frank McCourt’s Pulitzer Prize winning memoir has been a passion for the duo for over a decade, and they said they are thrilled it’s coming back under a new guise to Frank’s home.

”We are overjoyed that Angela’s Ashes – The Musical will be going to Limerick; the setting of McCourt's story and our show. The Lime Tree Theatre is a fantastic venue and we're really looking forward to bringing the story home,” they told the Leader.

Moylan, one of Ireland’s most successful theatre producers, has produced a string of  hits on stage, including Stones in his Pockets, I, Keano, The Shawshank Redemption and The Field.

“I'm thrilled that Irish audiences will be the first to experience this enthralling musical version of Angela's Ashes, before we take it to the world stage,” she said.

“I know that they are in for a very special evening of music and song featuring Frank McCourt's iconic characters live on stage – a project that has been so close to my heart for a long time.”

The company will come to the Lime Tree for three weeks – week one will see them undertake the technical fit-up.

The first half of the second week will see technical rehearsals and dress rehearsals, with the first performance scheduled for Thursday, July 6.

It will then run for a total of 11 performances, including two matinees, and then move to Dublin.

This is the largest scale show to be hosted by the Lime Tree Theatre since it opened four years ago and is further proof that the venue is now regarded as one of the most important in the country, said Louise Donlon, director of the Mary Immaculate College based theatre.

“We’re delighted with the news, because we’ve been keeping a close eye on this since it started several years ago. Adam and Paul were really anxious for a commercial producer to see the show. We, in the Lime Tree, know Pat Moylan quite well, and she had heard about the show, and was making enquiries herself, even before we called her. She came to see it, really liked it, and took it on with the two guys, working on it for the past few years,” Ms Donlon told the Leader.

She continued: “It’s a vote of confidence in the Lime Tree as being a really serious theatre within the pantheon of theatres.”

The show will be officially launched in Limerick early in the new year, and casting agencies in Ireland and the UK are eyeing big-name stars for the production.

Described as “an uplifting story of hope, fortitude and family”, the new production contains the music by Howell and is based on the script by Paul Hurt, taking its cue from the New York Times bestseller, which held the top spot for more than 100 weeks and was translated into several languages around the globe.

“A haunting score adds to the emotional impact and the humour of the story. Angela's Ashes has that rare gift of bringing an audience to tears one minute, laughing out loud the next – by turns, deeply moving and riotously funny, this new musical promises to be one of the major theatrical events in Ireland in 2017,” the producers proclaimed.

Stephen Faloon, the general manager of the Dublin theatre, said: “When we initially opened this theatre, it was always hoped that we would have an Irish production that would travel on to the West End and Broadway and I think Angela's Ashes is that one. It's going to be brilliant.”

Originally the work of Howell and Hurt, the musical was first staged as a non-professional production in Derby in late 2012, and then came to the Lime Tree for four nights in July 2013.

Tickets go on sale this Friday, November 25, from noon at the Lime Tree Box Office on 061-953400 and online at www.limetreetheatre.ie.