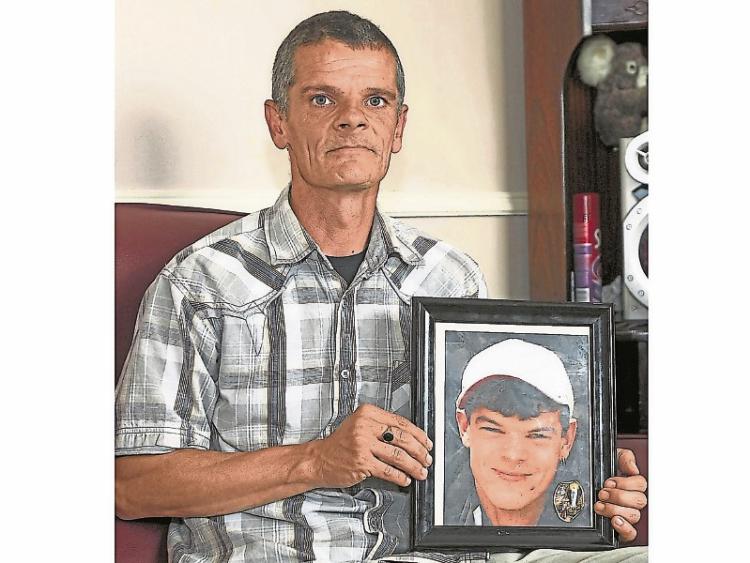 Alan Hannan holds a photograph of his son, Jeffrey, who was murdered on November 22, 2007 - Picture: Press 22

THE devastated father of murder victim, Jeffrey Hannan, is renewing his appeal for information on the ninth anniversary of his son’s death.

Jeffrey Hannan, who was aged 19, died after he was attacked near his home in O’Malley Park, Southill during the early hours of November 22, 2007.

He died from severe injuries after he was struck a number of times during a row with a group of young men.

The results of a post mortem suggested he was struck across the head with a weapon of some sort - possibly an axe.

Jeffrey’s father, Alan Hannan has consistently maintained his belief that there are people who have information about what happened to his son.

“There is someone out there who knows what happened and who seen things on the night and I reckon most people in Southill know who done it,” he said appealing to anyone with information to come forward.

“There were a lot of people up there that night – where he was killed – and there must have been some commotion – someone had to have seen what happened,” he said.

Alan says the last nine years has been a “constant nightmare” and that it gets harder every year – particulary as Jeffrey’s daughter, Nikita (10) gets older and begins to understand what happened to her father.

The garda investigation into the fatal assault remains open and anyone wiith information about what happened is asked to contact Roxboro Road garda station at (061) 214340.