Limerick's Railway Hotel on brink of being sold

Landmark property to be bought by county businesswoman 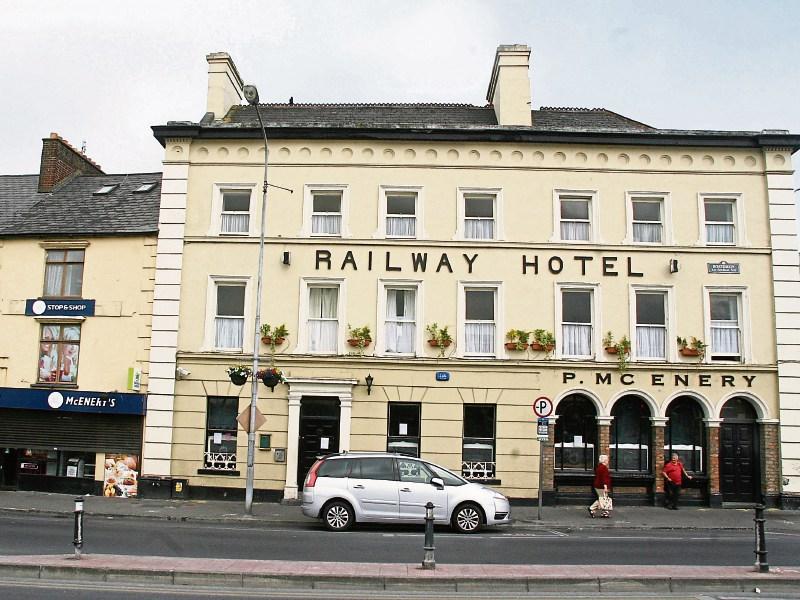 The Railway Bar and Hotel at Parnell Street closed in June

A LANDMARK Limerick hotel is expected to get a new lease of life in 2017, with a deal on the sale of the premises set to be finalised.

The Limerick Leader has learnt a well-known county businesswoman is on the brink of purchasing the Railway Hotel and Bar – which closed in June – and give it an extensive refurbishment.

It is understood the new owner is considering varying the current number of bedrooms in the Parnell Street property – 31 – and making them larger to accommodate business visitors who may be staying for an extended period.

The buyer, who has strong links in Limerick’s hotel industry, asked not to be named when contacted by the Leader.

But, she confirmed the sale was progressing, although it has not been fully “signed, sealed and delivered”.

“We intend to re-open the hotel again after refurbishment. We are investing quite a significant amount of money to upgrade the property. So this would require planning permission in the short term. It is our goal to work towards a full refurbishment of this property,” the prospective buyer said.

Asked when she hoped to have the hotel open, she added: “How long is a piece of string?

“There are so many variables when you buy a building with this level of history.”

The Railway Hotel and adjoining McEnery’s shop had closed with the loss of around 20 jobs, with its former owner Michelle Collins blaming a downturn in the hospitality sector, competition from newer offerings and general trading difficulties.

The commercial premises, opposite Colbert Station, was placed on the market by GVM a short time later, with a guide price of €650,000 for the entire property.

The area around Colbert Station has enjoyed a renaissance of late, with the former car park to the front of the station replaced with a public plaza greeting visitors arriving in Limerick by rail or coach.

With further improvements to the Davis Street area due soon, it is thought this is one of the factors which persuaded the prospective new owners to take on the property.

In its guide, the Glentworth Street auctioneer described the building as “very prestigious and high profile”.

“This is an ideal investment opportunity with much potential to develop,” the auctioneer states.

According to the property specifications, the former three-star hotel consists of ten double bedrooms and six single rooms on the first floor.

It also has nine double rooms and six single rooms on the second floor, while the ground floor of the building boasts a “well finished” bar complete with mahogany finishes.

There is also a meeting room, plus a dining room and kitchen.

As well as the bedrooms, the first floor has staff facilities, a laundry room and office.

The Railway Hotel is the oldest hostelry in Limerick dating back to 1871, and is one of the few listed hotels in the city.

It was once an old coaching inn, and was run for many years by former Limerick TD Michael Collins.

The neighbouring shop, which closed at the same time, was run by Pat McEnery.