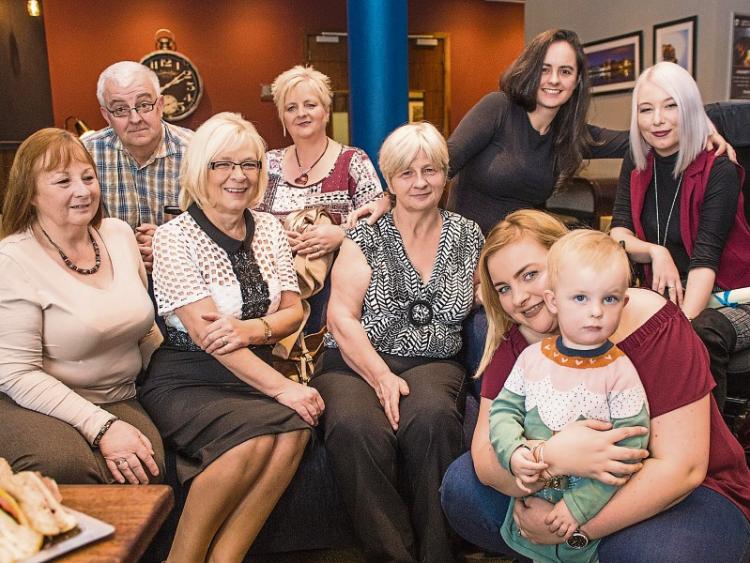 Dorothy, second left, pictured with friends and family after winning the Mid-West title

LIMERICK'S Dorothy Meaney has been named Ireland’s national carer of the year at a ceremony in Dublin this Wednesday.

Dorothy, from Dooradoyle – who could not attend the event due to the sad death of her mother Colette – beat 25 other regional winners around the country to the title, after being named Mid-West Carer of the Year at a ceremony in the Absolute Hotel recently.

Dorothy was nominated for the prize by her daughter Zondra, who has a rare neurological disorder. She provides round-the-clock care to her daughter, even giving up work nine years ago to be a full-time carer.

Fianait Mitchell, Family Carers Ireland, was delighted at Dorothy’s achievement, saying: It’s great to recognise the care Dorothy provides for her daughter Zondra and the care she provided for her late mother.

“To have an overall winner in the Mid West is amazing for all carers in the region, it shows that their hard work is not going unnoticed.”

Zondra has a number of conditions including a connective tissue disease called Ehlers-Danlos syndrome, plus paralysis of her stomach, and cervicocranial instability.

She said: ”I never wished my condition away more than I have this past week.

“My mam lost her mother, my grandmother, on Thursday morning but when you are a carer that role still has to continue.”

Zondra added that it has been a heartbreaking week for the family, following the tragic death of her grandmother, who Dorothy also provided full-time care to.