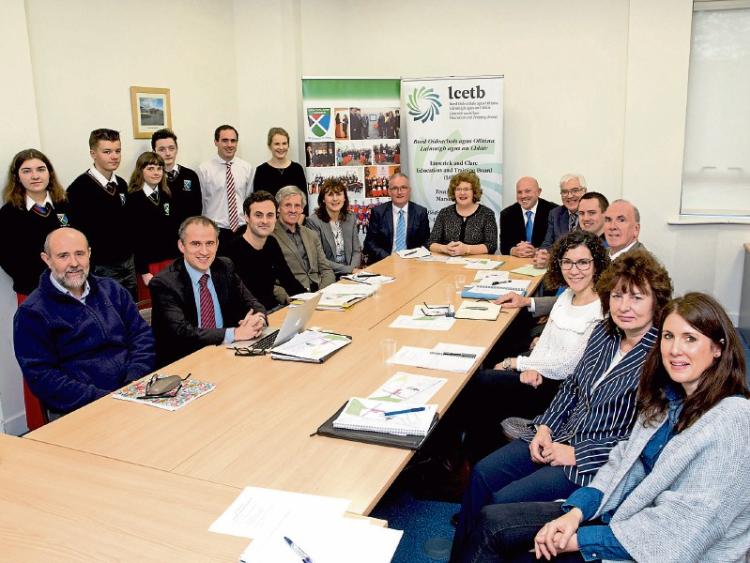 Thompson Architects have been awarded the contract for Gaelcholáiste Luimnigh  Picture: Keith Wiseman

CONTRACTS have been signed and a design team appointed to oversee the multi-million euro development of a new campus for Gaelcholáiste Luimnigh.

Subject to planning, the €15 million project will see a state-of-the art school being built on the grounds of the former Dawn Dairies site at Old Clare Street.

City-based Thompson Architects, which previously designed the Boat House at UL and a major extension at Glenstal Abbey, has been awarded the contract and it is hoped the new school, which will cater for 750 pupils, will be completed in around three years.

Donncha O’Treasaigh, principal of Gaelcholáiste Luimnigh which is currently based at rented accomodation at Sir Harry’s Mall, says the new school will, when opened, benefit both pupils and staff.

“It’s very very exciting from the point of view that we will have far more contemporary services and facilities available for the pupils to use and benefit from in the school and it will be fantastic for the staff as well who have been working in conditions where we have been very very cosy to put it mildly,” he said.

Senator Maria Byrne, who chairs the board of management, says the signing of contracts this week was a hugely significant moment for everyone associated with the school.

“The clear success of this great school is a source of immense pride to all who are associated with Gaelcholáiste Luimnigh and it is very exciting that a custom-built campus will be designed and built to allow it to continue to serve more pupils in the Limerick city area,” she said.

The project is being led by the Limerick and Clare Education and Training Board (LCETB) which is the patron body for Gaelcholáiste Luimnigh.

“This is an opportunity for us to have a permanent building and a permanent home for the potential 750 students that will be attending Gaelcholáiste Luimnigh,” said George O’Callaghan, chief executive of LCETB.

“It is a success story in itself because it has been operating for ten years in temporary accommodation. This (new building) will be a new purpose built school with a sports hall in a site which is close to the current site,” he added.