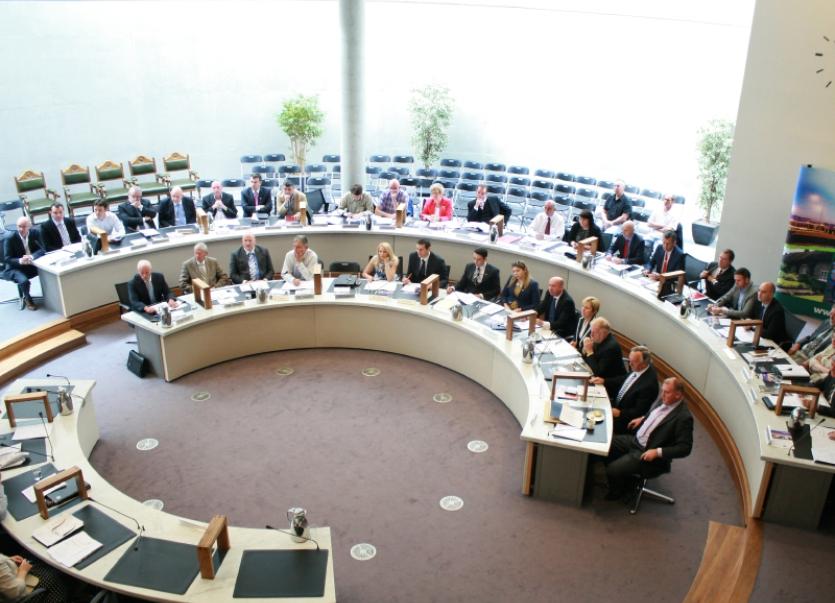 The official meeting took place this Friday morning at 10am, and passed the budget around 1pm, with few amendments made to the chief executive’s proposed budget for 2017.

Next year’s budget will see a major increase income and spend by €132m, as a result of the development of the Housing Assistance Payment scheme. Last year’s adopted expenditure was €239.5m.

A number of councillors, while commending acting director of finance Sean Coughlan for his work on the budget, said that it was “the easiest” and “best” budget in recent years.

The multi-million euro expenditure and income budget for next year has been described as “job-friendly” and that it bodes well for small and medium enterprises, tourism-driven businesses, and future investment.

Mayor of Limerick City and County, Cllr Kieran O’Hanlon said that the budget marked “exciting and progressing times for the city and county”.

Fianna Fáil councillor James Collins, welcoming the budget for next year, said: “The message that I would like to get across is that we are trying to create an environment that facilitates the creation of jobs for the city and county in this budget.”

Fine Gael council leader, Cllr John Sheahan said that, in order to see pre-council merger levels of income, an “unwise” increase of 14% in the commercial rates would be required.

However, in a bid to financially assist small and medium enterprises in this regard, the council proposed a rebate scheme that would see 90% of existing businesses unaffected by the 5% increase.

The proposal would see businesses that would normally pay up to €20,000 a year in rates receive the 5% increase back.

This was amended after Fine Gael proposed to raise the threshold to €21,000 and to remove a maximum refund, which was originally meant to be at €1,500. This was seconded by Fianna Fáil and approved by a council vote.

Also approved by the council is a rebate of 4% for businesses paying rates in excess of €21,000. This, according to sources, will assist hoteliers and tourism businesses that may be affected by Brexit.

Anti-Austerity Alliance councillor Cian Prendiville criticised the “corporate welfare” in the budget, which will see “€47,000 being handed over to the very biggest businesses in Limerick through special rebate schemes”.

He said that this money can be used to fund 15 clients in a Housing First scheme, at €3,000 per person.

Labour councillor Joe Leddin welcomed the budget’s increase in housing maintenance, which has increased by more than €1m, at €9,036,360 for 2017.

One major factor in the budget was the increase of bands for vacant properties in the city and county by 5%. Property owners paying up to €2,755 would receive a 100% refund, while properties paying an annual rate of more than €57,750 would receive just 10% in return.

The latter affects a small number of properties in the city.

Sinn Féin proposed that the 57 people in Limerick in receipt of blind persons benefit to be included in the bin waiver scheme, which would be paid by the 10% refund that property owners would have been receiving.

This was voted against by Fianna Fáil and Fine Gael, according to Cllr Seamus Browne, who called this move “mean-spirited”, and that it had the potential to save the council €13,000 a year.

Cllr John Gilligan said that properties not in use for more than three years should be put on the derelict sites register.

There was a warm welcome for an additional €600,000 spend on the arts, money that was meant to be used for the European Capital of Culture 2020 now being pumped back into the council’s annual spend.

Welcoming this, Cllr Daniel Butler said: “Our substantive injection of revenue into the arts will allow us to build on the lessons of Limerick 2014 and Limerick 2020 along with what I hope will be a new arts office that engages in new ways with our local artists.”

In September, there was local outrage following the council’s decision to raise the local property tax by 10%, which would see an income increase of €1.56m. Councillors that were against the increased urged the council to apply this €1.56m to frontline services.