Collins and O'Dea to have running mates in next election 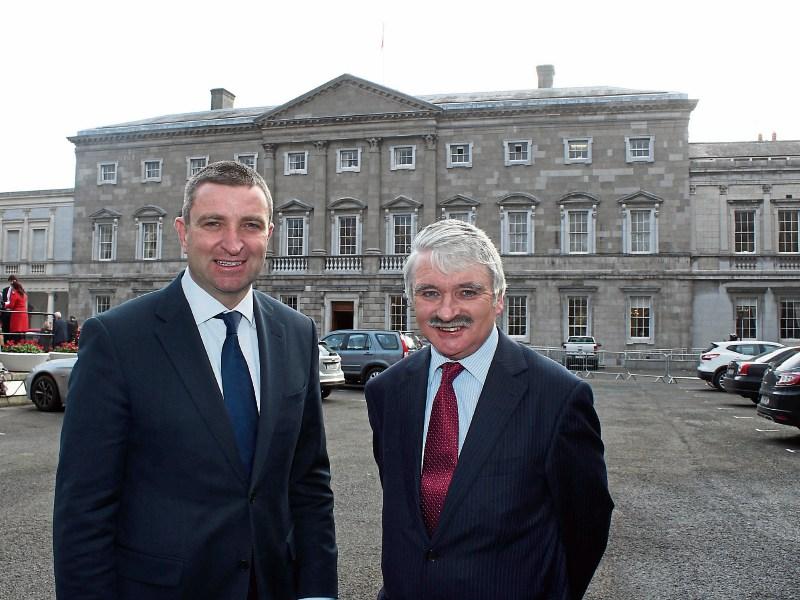 FIANNA Fail leader Micheal Martin has confirmed his party will run two candidates in both Limerick constituencies at the next general election.

It comes after Niall Collins and Willie O’Dea comfortably topped the polls with huge surpluses in February’s election, a move which led many to speculate as to whether Fianna Fail could have been more ambitious in Limerick.

Mr Martin – who was in the city for Ogra Fianna Fail’s annual conference – said: “I think in some respects, some people may say we weren’t ambitious enough in some constituencies the last time out. Certainly next time out, we will be using a two candidate strategy in both constituencies.”

Mr Martin’s comments are likely to spark a jostling for position in Fianna Fail in Co Limerick, as to who may run alongside Mr Collins, the party’s justice spokesman.

While at the time, the front-bencher said he did not feel there was a second Fianna Fail seat in the three-seater county constituency, many observers felt that the strong showing of councillor Richard O’Donoghue, who got 3,021 first preference votes, could have seen the party gain a second seat, had a two-candidate strategy been adopted.

Cllr O’Donoghue ran as an Independent after party headquarters refused to add him to the ticket, while another former Fianna Fail man, the Independent councillor Emmett O’Brien also polled well, and was the last candidate to fail to get elected.

In the event, Fine Gael bucked the national trend by holding onto its two seats in the county, with Tourism Minister Patrick O’Donovan prevailing, and Tom Neville taking his father Dan’s seat.

In the city, former Defence Minister O’Dea topped the poll with one of the largest first preference votes in the country, 12,999, smashing through the quota with a surplus of over 3,000.

High-profile Dooradoyle councillor James Collins has previously questioned his party’s decision to only run Mr O’Dea at the election.

He may now point to the likely retirement next time out of Finance Minister Michael Noonan – who comes from broadly the same area – as reasons to add him to the ticket.

Asked if he felt it was a mistake not to run a second candidate back in February, Mr Martin said: “Topping the poll does not necessarily mean you win two seats. And the percentages probably would not have given us two seats. It was extremely competitive. Hindsight is a great virtue. But coming into the last election, you must remember we had to consolidate what we had and gain seats where we had none.”

Mr Martin also hinted that if Fianna Fail does return to government after the next election, Mr Collins and Mr O’Dea can both expect cabinet positions.

“I am not jumping ahead of myself. They are both on the front bench, so you can draw your own conclusion from that,” he said.