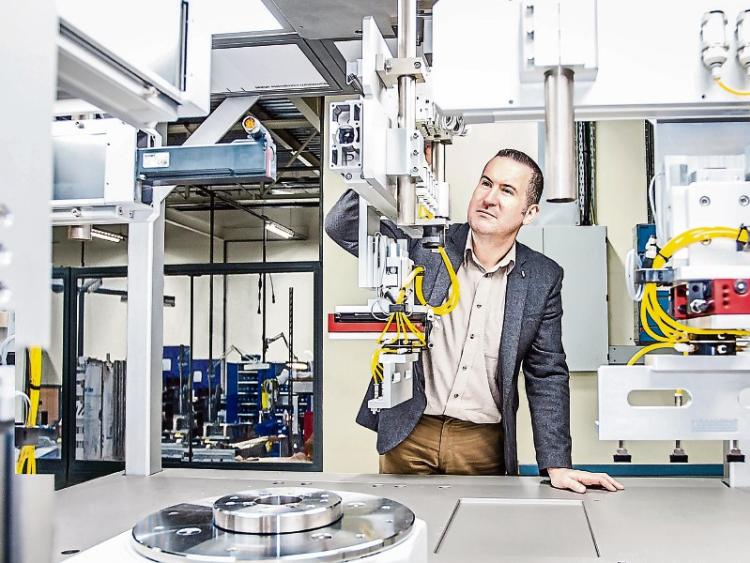 A RATHKEALE based company is looking to entice Irish emigrants back to the Mid-West as part of its new recruitment drive.

A year ago, DesignPro, a precision engineering company, announced it would be creating 85 new jobs by 2020. But now, that target has been brought forward and the company hopes to increase its workforce by up to 50 people within the next three months.

The company was set up  by mechanical engineer Paul Collins in a spare bedroom in 2004 and was initially based in Newcastle West before moving to the former Andersen plant in Rathkeale last year.

It provides precision automation and machine build services to the medical devices, pharmaceuticals, electronics and automotive market and  counts household names such as Oral B, Johnson and Johnson and Boston Scientific among its clients.

The company’s workforce almost doubled last year, growing from 19 to 37 which included ten positions supported by the Enterprise Ireland Job Expansion Fund which offers export-orientated SMEs up to €150,000 towards paying the new recruits.

The company is now looking to recruit again and is actively looking to emigrants to return in order to gill the positions.

“We are local-focused, and eager to get people back to work in Limerick from abroad.

“We have positions here. We are a family-orientated company, we enjoy life, and we work around our people’s lives,” Paul Collins said.

A spokesman for the call for the Enterprise Ireland Job Expansion Fund pointed out that the scheme is now open until December 5.