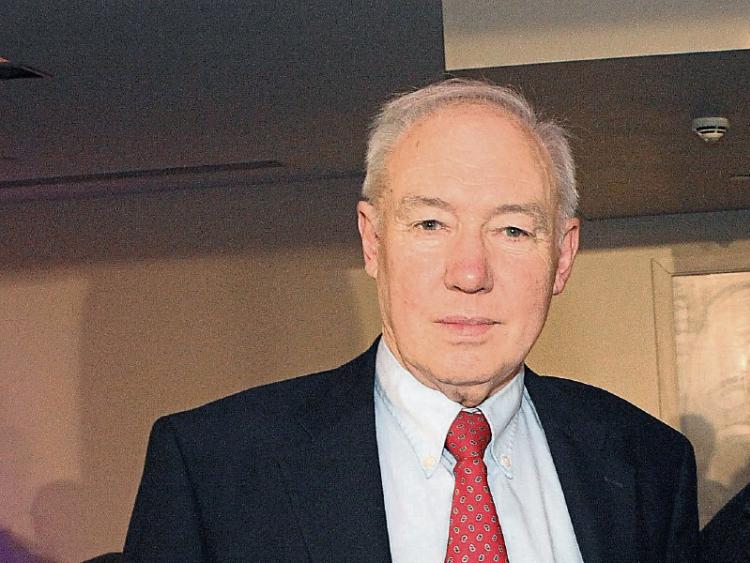 Gerry Siney: ‘Plan will leave Shannon shadow of former self’

PLANS to redirect 330m litres a day from the Shannon up to Dublin will leave the mighty river “a shadow of its former self”.

That’s the view of Gerry Siney, of the River Shannon Protection Alliance, who also warned of the economic detriment to the €1.2bn proposals unveiled yesterday by Irish Water.

As part of a huge project, Irish Water is planning a 170km pipeline from Parteen to Peamount in West Dublin, with the aim to supply the equivalent of 125 Olympic-sized swimming pools to the capital and the midlands on a daily basis.

Irish Water argues that the population of the Greater Dublin area will rise to over two million  by 2050, leading to the necessity of the extra water.

But there is anger in Limerick, with Independent councillor John Gilligan saying the move will represent “the greatest disaster not just from an ecological point of view, but from a financial point of view we have experienced in many years.”

Mr Siney said the move could lead to a decline in business at Limerick Port.

“We rely on the fast-flow of the river, and the strength of the flow in the river to clear the shipping channels. If that does not happen, ships will not reach Limerick Port,” he claimed, “There is an immediate economic impact there.”

He confirmed the alliance will be “making the strongest case” possible against the plan, stressing: “This is not a fait accompli”.

“It is a proposal, and it cannot go ahead without planning approval from An Bord Pleanala. We are lobbying to get this shut down before it reaches this point,” Mr Siney told the Limerick Leader.

He also said Irish Water’s claims of 330m litres a day going to Dublin do not wash.

“I think this will be the thin end of the wedge. They say they won’t exceed it, but we don’t accept this,” he said.

Cllr Gilligan, who has long campaigned against the move, said other options would be “far cheaper and far easier”.

“When London was short of water less than ten years ago, it built a special unit which was more cost-effective than what they are planning to do,” he said.

The Independent member also warned that the proposals could lead to private control of Ireland’s water supply.

“Irish Water is going to put all its eggs in one basket and pump water to Dublin. It is then very easy to control. Once they control that, they control everything else. In the not too distant future, if we are not careful – and I don’t think our government are – we will have multi-nationals owning the water. They will dictate where it goes, and how much it costs,” he warned.