Sale of animals to help Dromin-Athlacca GAA club get ‘mooving’ 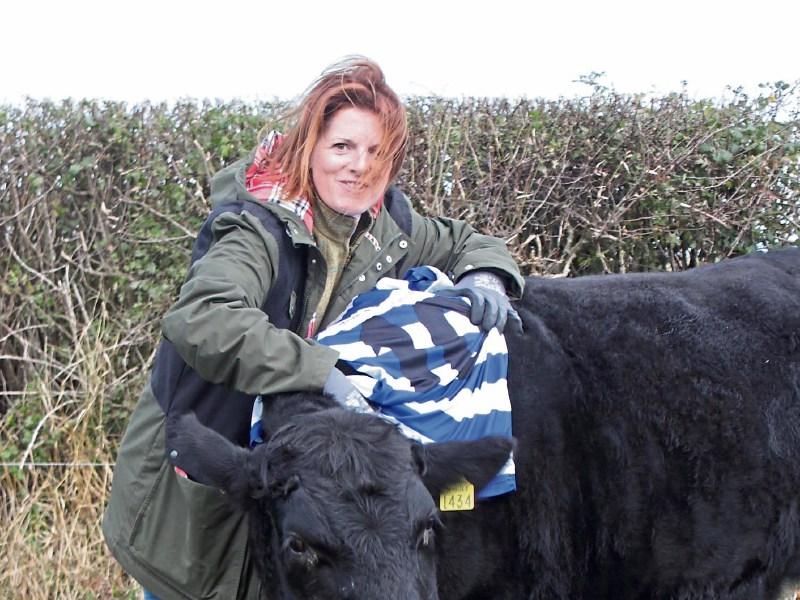 Aoife O’Regan with a rare ‘jersey’ breed in Dromin-Athlacca

WHEN it comes to one hurling-mad parish in County Limerick it isn’t a case of a gift horse - but a herd of cash cows to raise money for their GAA club.

Thirty generous farmers in Dromin-Athlacca, and surrounding areas, are each rearing a calf to help fund new dressing rooms and develop the club grounds.

The sale of the bullocks and heifers will help Dromin-Athlacca GAA club get ‘mooving’.

Local farmer and member of the GAA development committee, Ian Kelleher said the novel idea is a great way of raising much-needed funds.

“In other cases, some farmers donated the calves and other farmers reared them then. We started it last year and we’ve had a brilliant response from the farmers in the area.

“There is about 30 involved. It’s been a fantastic boost to help build the ball wall in the field, which is already completed, and raising funds to help upgrade the dressing rooms.

“The farmers are all huge GAA supporters. A lot would have played for the club and have supported it all down through the years. My own calf was born last February, we’ve been raising him and he’ll be sold in the next few months,” said Ian.

A prize red Angus calf which is being reared by farmers Edward and Aoife O’Regan has been dubbed Nickie Quaid thanks to his red colours, which make him stand out from the herd. Chairman of Dromin-Athlacca GAA, Colum Breen said he has been thrilled with the generosity of all involved.

“We’re delighted with the fundraising efforts of all the local farmers. It’s very generous and has given us a great kick-start in helping to build a ball wall in the field and for plans to develop the clubhouse.

“The older generation in the village helped raise the funds for the GAA pitch back in the late 80s by going all the way to Boston and now the younger generation are taking up the reins to help redevelop the club.

“We're hosting a race night on December 10 at Limerick Greyhound Stadium. A lot of the farmers will be there that night along with the local community.

"At the end of the day, the GAA is a great organisation and benefits everyone in the community from the youngest kids right up to the older generations; from helping to keep the ground to the supporters, who go to all the matches. Overhauling the grounds and the club benefits everybody in the area,” said Mr Breen.