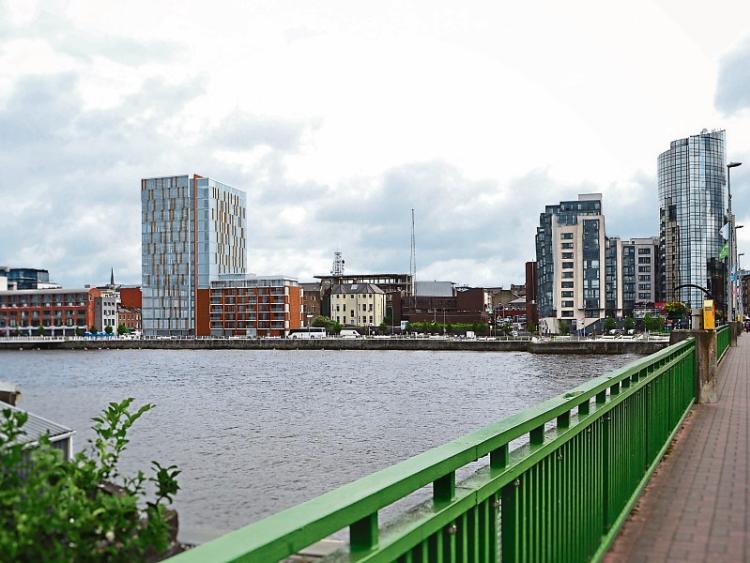 An impression of how the building would look Courtesy Healy Partners

DESPITE Limerick council seeking further information on his €40m office block project, developer Rudi Butler says he is still hopeful that builders will be on site in January.

Mr Butler, the son of former high profile developer Robert Butler, stressed the project is not on hold, and he is happy to co-operate with Limerick City and County Council in giving the additional information sought.

“We are trying to get this information to them as quickly as possible, to minimise any possible delays," he stated.

"This is normal procedure and for a project of this scale, we expected this," he said.

Mr Butler, conceded that the request for further information might put them back “a couple of months” but they were still hopeful of getting on site in early January.

“There is great support from the people of Limerick to this project, everything I am hearing is very positive," he said.

Mr Butler’s firm Kirkland Investments are hoping that issues with the objectors can be sorted before Christmas and that they can get planning before the year is out.

Michael Healy, architect for the project confirmed further information had been sought.

"Everything going well we should have this information back to the Council within the next three weeks," the architect told the Limerick Leader.

The development – which could bring hundreds of jobs – will include 42 luxury apartments, plus new cafes and restaurants, with several floors of office space.

A spokesperson for Limerick City and County Council said that seeking further information was normal procedure, especially in a project of this scale. She stressed that the project was "proceeding along normal lines.”

Seven objections were received with regard to the scheme, notably from the Irish Georgian Society, Tom Moloney of Squire McGuire’s pub, plus Ann and John Conway of the neighbouring US Bargain Stores. A number of residents local to the area have also objected.

In a letter to the council, Mr and Mrs Conway say the construction would “totally inhibit our natural light”. And, with the building work expected to take a year or more, they add this will prove “detrimental” to their well-established firm.

A consultant working for Mr Moloney states he has “serious concerns” about the application, stating they are not in accordance with the Limerick 2030 strategy.

If it goes ahead, he claims it “would seriously damage the vitality and viability” of the section of Lower Cecil Street west of Henry Street. And he also believes not enough attention has been given to the historical context of the site.

These concerns are reflected by Donogh Cahill of the Irish Georgian Society.

He says not enough consideration has been given to the historic buildings of The Bishop’s Palace (constructed 1775) and the former coach house at number 105 Henry Street which would be renovated under these plans.

But the owner of the former coach house is “very favourable” to the plan.