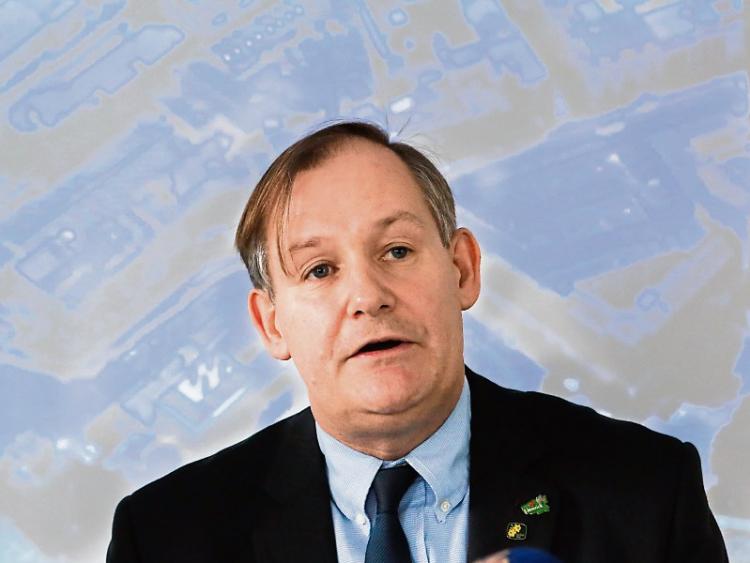 LIMERICK City and County Council management are proposing to increase commercial rates by 5%, the Limerick Leader has learnt.

According to the local authority’s book of estimates which will be presented this Monday, it is understood council boss Conn Murray will seek approval to hike the rate, a multiplier charge paid by business owners based on the value of their property.

The news will come as a blow to business owners, who had to endure a 2% increase after last year’s budget was agreed.

Last year, Mr Murray proposed a 4.5% rise, with councillors reducing it down to 2.3% after two days of negotiation.

There was some solace for businesses with a rebate scheme of 4% for small and medium sized enterprises paying rates of up to €20,000.

It remains to be seen how councillors approach the issue of charges for business, with many mindful of a potential negative impact on the centre of a rise.

Members already voted to increase the Local Property Tax this year, a move which will net the council up to €1.5m. Elsewhere, the Leader understands that around €1m will be allocated to housing.

Of that sum, €200,000 will be dedicated to Traveller accommodation, while a survey is planned of houses between 30 and 40 years old to establish what needs to be done.

An extra €500,000 is being put in place for the maintenance of local and regional roads and traffic management systems.

Some €250,000 is being proposed for street cleaning – including the litter warden service.

And €150,000 is proposed for the maintenance of parklands.

Councillors will be briefed on the budget this Monday, and will meet again five days later to decide the comprehensive plan for 2017. Agreeing a budget is one of the roles for which the councillors ultimately have the final say.