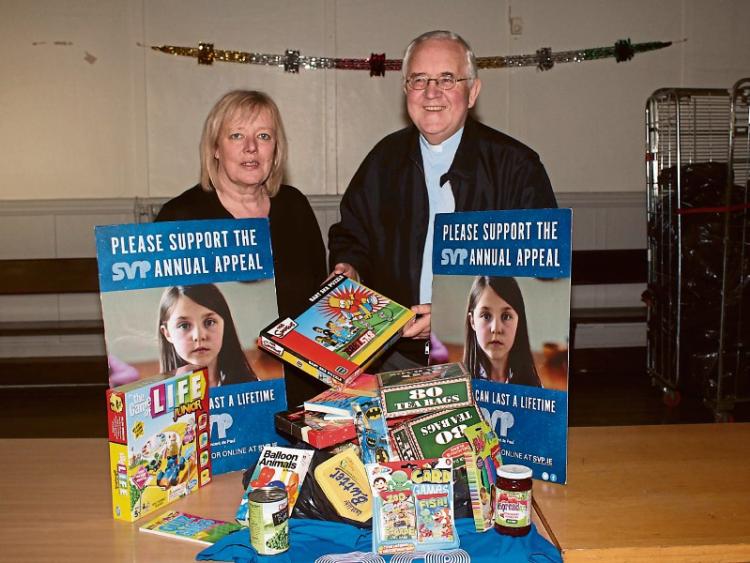 OVER 7,000 food hampers will again be distributed to those in need across Limerick city and county this Christmas.

Fr Seamus Enright, rector of the Redemptorists at Mount St Alphonsus, told the Limerick Leader that hampers worth in excess of €120,000 were distributed in Limerick last year.

The religious order, which works on this campaign in association with St Vincent de Paul, is now collecting donations from people for the hampers.

People can give non-perishable dry foods, cash, or toys for children.

“It’s a big undertaking, but people have always been very generous to us. A lady called in recently to donate toys, and brought her children to Smyth’s toystore first to get them to pick out the gifts for others that they would like to receive themselves. A man, in Dublin, who is unable to get to mass watches our masses online and he sent us a cheque of €500 for the campaign, so we are very thankful,” said Fr Enright.

Any proceeds not spent on hampers goes to the free dinner trust in the gospel hall on Mallow Street on Sundays.

St Clement’s school in the city, St Nessan’s and St John the Baptist in Hospital, county Limerick, are among those who regularly donate hampers to the appeal. The transition year students in the former help with packing hampers in the run-up to Christmas.

Donations can now be dropped into the office attached to the church, or to SVP, which distributes the packages, on Hartstonge Street. The annual slim-in

The Redemptorist Poor Campaign is the social justice wing of their ministry in Mount St Alphonsus and offers support to vulnerable families and individuals on a weekly basis.

The poor campaign also sponsors a professional counselling service for those who may not normally be able to afford such a service.

The Redemptorists in Limerick also recently raised €6,755 for an orphanage in Thailand, which was founded by American Redemptorists.