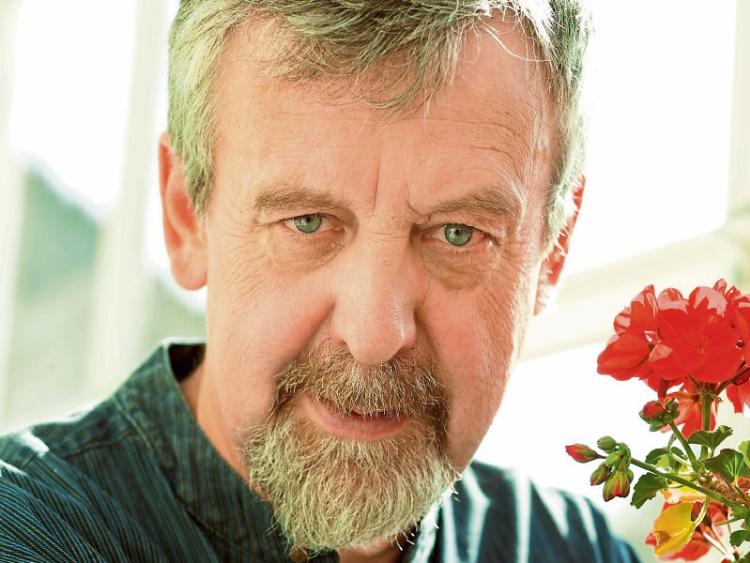 Columnist, author and playwright Michael Harding will be reading from his latest work on stage in the Lime Tree

MICHAEL Harding is after hopping off the Luas in Dublin, following two interviews earlier that day, when he takes a pause to chat to the Limerick Leader.

Even chance encounters and overheard snippets of conversation on the capital’s public transport system affords him the opportunity to glean new material for his weekly columns in The Irish Times, begetting another book, and another tour of the country, reading from his work about ordinary life that isn’t always so ordinary.

“It feels like I'm writing a a big, slow chronicle of ordinary life,” he tells the Leader, “so there's no huge dramatic plot.”

There doesn’t have to be – the subtle nuances of ordinary life, told in an extraordinarily special way, is what makes his work stand out and differ from the norm.

“The chronicle of ordinary life, and ordinary people and what they do is endless,” he continues.

“Every book has led to another book. I'll continue on like this for a while, because I find it satisfies me as a storyteller. Why make up a pretend story when you could tell the real story?”

This week, his third book, Talking to Strangers, was shortlisted amongst six in the Popular Nonfiction Book of the Year category, under the Bord Gais Energy book of the year awards. It also continues to ride high in the weekly bestseller lists.

“I’m delighted,” he says, “having an audience is really what you want as a writer and story-teller. That's really a great joy.”

Limerick has yet to feature in any firm way in his weekly columns, offering snapshots and insights of local life around the country, but predominantly in the Midlands, where he lives.

In one recent column, he recalled a kiss he shared with a woman on a couch in Ennis years ago – and the memory still lingers.

“I suppose you can’t marry everyone you like,” he wrote, “so the older I get the more memories I gather of women I lost, or to be more accurate, women who let me go. Or to be completely truthful – women who escaped. And I often remember women who opted for someone else; dear friends that I longed for and never quite succeeded in bringing into a close embrace. I suppose love is always a feeling of incompleteness.”

He doesn’t find it hard, he says, to fill the weekly column as “there's always seven days between the two”.

“I don't try to think of ideas. I just take a note of something that happened. There's always something happening. You hear people's narratives and stories, if you keep your ears open. The column is about stories, rather than ideas; just write them down. Chance encounters can be lovely.”

Friday night’s slot in the Lime Tree theatre in Limerick will be his third rendezvous with local audiences in recent years. What can they expect?

“I kind of read from the book, stop and just talk. I'm telling the story of the book; it's just talking really, just a bit of craic. It's very hard to know what to expect in one sense because I just make it up as a go along,” he says in his endearing Cavan lilt.

“The column, the book and being on stage - it's all the one thing in a sense, it's just storytelling,” says the 63 year-old.

He often asks the audience to send him an email after the show – “something funny in two sentences.”

“I was in Donegal two weeks ago, and I got a message from someone afterwards, and he said ‘I enjoyed the show so much that I hadn’t time to eat me Emeralds. But I ate them on the way home.’ Now, that’s a piece of nonsense – but that’s the stuff that I make columns out of,” he laughs.

Michael Harding will be in the Lime Tree this Friday night. Tickets, priced from €16 to €18, are available to buy on www.limetreetheatre.ie.