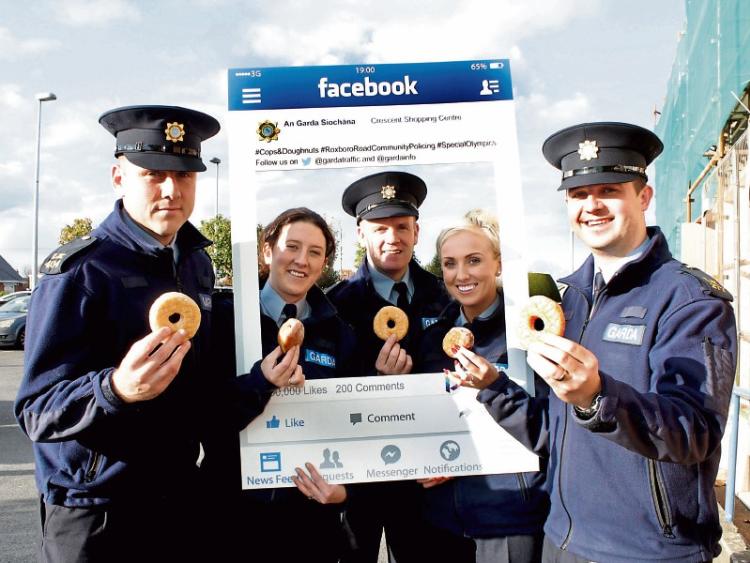 GARDAÍ at Roxboro Road garda station are eagerly preparing for a nationwide charity event, where they will aim to sell thousands of doughnuts in aid of Special Olympics Ireland.

Members of the local community policing division will take part in another year of their Cops & Doughnuts initiative in the Crescent Shopping Centre, on November 20.

Speaking to the Leader, Sgt Adrian Whelan said that last year’s event was “very successful”, raising in the region of €2,300 for the sporting organisation.

He said that the project sees an annual input of 900,000 police officers from 35 different countries worldwide.

“We were very happy with the success of last year, and we obviously want to go one bit further this year. We would like to ask the public if they would give as much support as they can, it would be for a very, very good cause.

“If it does as well as we want it to do, everything will be a success. And whatever benefit the Special Olympics can take from this programme and charity event, everyone will be a winner and it will be a success,” he enthused.

“From 12 months ago, we were looking forward to this again,” he said, thanking the sponsors of the event.

Last year, the charity event was organised by Ballinacurra-Weston community Gda Paul Howard and Raheen-Dooradoyle community Gda Niamh Keogh. Getting involved again this year, the two were previously inspired to undergo the campaign that originated in the United States, and is now a worldwide charity sensation. They sold an estimated 2,000 doughnuts at the Crescent Shopping Centre in 2015.