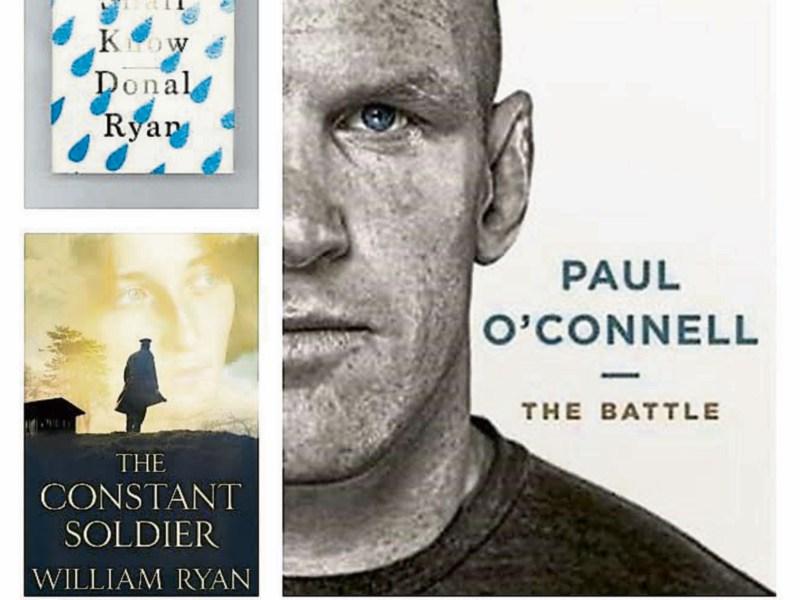 Hundreds of books were submitted for consideration this year and the public is now being asked to cast their votes on the best books of the year online.

Votes may be cast until midnight on November 11.

Rugby legend Paul O'Connell's The Battle is up for sports book of the year, and is currently holding the number one spot in the Irish bestsellers' list.

Co-written by Alan English, former editor of the Limerick Leader, and written over the course of seven years, it is up against five other books – Blood, Sweat & McAteer by Jason McAteer; Coolmore Stud, Ireland’s Greatest Sporting Success Story by Alan Conway; My Life in Rugby by Donal Lenihan; Out of Control – Cathal Mc Carron, and Win or Learn by John Kavanagh.

Donal Ryan's widely praised novel All We Shall Know is up for Eason Novel of the Year.

The latest work by the Tipperary native, who is writer-in-residence at the University of Limerick, has also been shortlisted for the RTÉ Radio 1’s The Ryan Tubridy Show Listener’s Choice Award.

William Ryan's The Constant Soldier is up for the Crime Fiction Award.

Ryan's fourth work, The Constant Soldier, is a standalone novel set in an idyllic Silesian village in the autumn of 1944.

Educated in Glenstal Abbey School and Trinity College Dublin, he gave up his job as a corporate lawyer in the City of London after 18 years to concentrate on writing.

The Irish Times described it as a "beguiling blend, a spy novel-cum-historical thriller that offers a gripping but nuanced narrative set against the horrors of the absolute abuse of absolute power. It’s a bleak but rewarding novel about guilt, personal and shared, and taking responsibility for your actions, even if doing so offers no possibility of reward."

The awards will take place on November 16 at The DoubleTree by Hilton Hotel, Upper Leeson Street Upper, Dublin.

Voting is now open at www.irishbookawards.irish/vote2016.