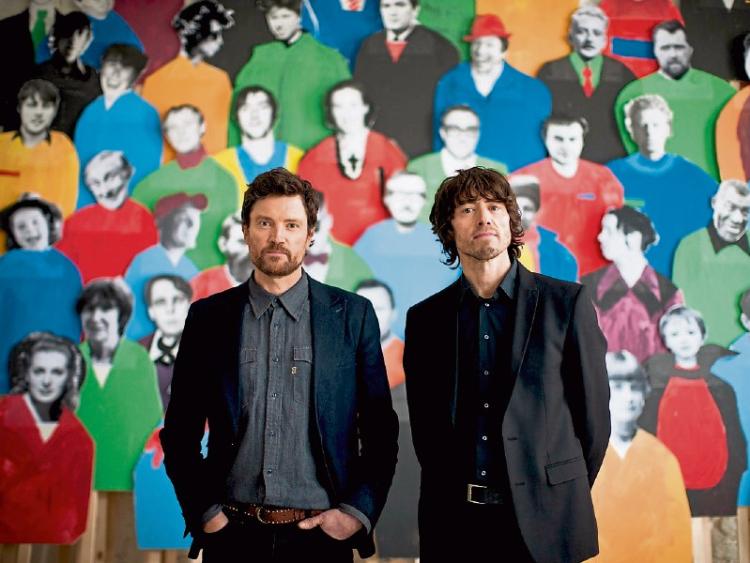 'Particularly galling': Steve and Joe Wall of The Stunning

TOP Irish band The Stunning have claimed they were left short after playing a festival in Limerick last year.

The band played at the WestFest music festival in Newcastle West in September 2015 and have claimed in a Facebook post that they received their booking deposit but never received the balance.

“We were supposed to receive the balance of our fee before we performed. However the organisers told us they missed getting to the bank the previous Friday and they had also taken cash off site for security reasons. They assured us we would be paid by bank transfer the following day. We accepted their word and performed a terrific set to a great crowd on a damp Sunday night,” Steve Wall wrote in the post, which has been shared 275 times since it was posted on Monday evening.

However, he went on: “Months passed and no sign of our money. There were a few assurances during the year that we would be paid and then today we received a copy of the liquidators letter stating that the creditors wouldn't receive a cent.”

“It's particularly galling that they knew that night there was no money to pay us and they lied to us to get us to perform,” he continued.

It was not the first time the band had been caught out, he admitted, and said as a result that “it would never happen again”.

In future, he warned, they would only play once the full fee was paid up front.

By 2015, the company The Knights of WestFest Ltd had been put in place but that company is now in liquidation following a creditors’ meeting in Rathkeale on September 8.

It is understood the company has left debts of over €120,000. No statement was available from the WestFest company this Tuesday.

However, sources have told the Limerick Leader that The Stunning received €7,500 or half of their €15,000 fee as a booking fee.

The company had hoped to trade out of its difficulties, the sources said, but ultimately this wasn’t possible.  And they had taken steps in the 12 months since the 2015 festival to reach agreements with creditors.

The weather during WestFest 2015 was the main reason given for the company’s difficulties. An amber weather warning was issued on the first day of the festival, a Thursday, and there was very heavy rain on the Friday, leading to lower than anticipated weekend ticket sales.

The Stunning played on the final night of the festival.