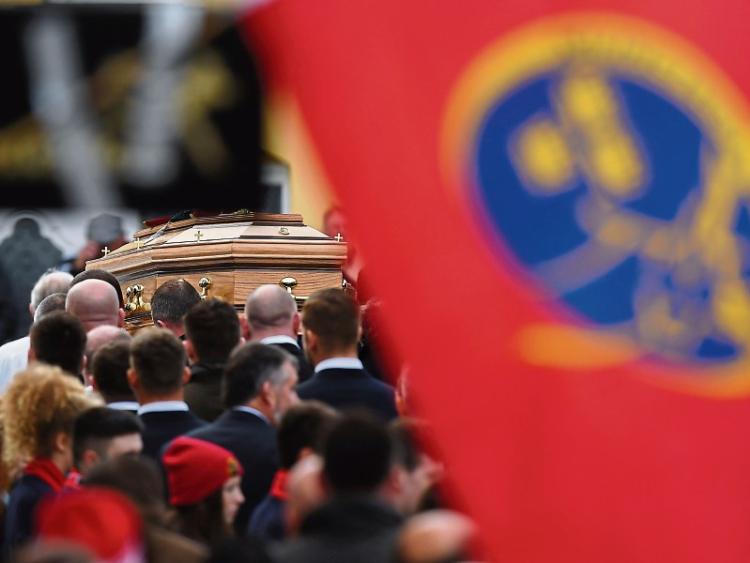 Anthony Foley's passing has rocked the community - and the Samaritans are seeing the effects Picture: Sportsfile

THERE has been a sharp increase in people seeking emotional support services since the tragic death of Anthony Foley.

The Samaritans in Limerick has reported a spike in calls from grief-stricken Munster fans seeking someone to share their thoughts with in the week after the Heineken Cup winning captain's passing.

Eamon Fortune, who works as a counsellor in Limerick and is the regional representative of the Irish Association for Counselling and Psychotherapy says: “You get the sense that a huge family has lost one of its members”.

Many people attending Munster’s first game since the tragedy in Paris spoke of how they felt they knew the former head coach, because of the values he represented.

Philip Bray, a trustee and volunteer with the Limerick/Tipperary branch of the Samaritans, said “generally speaking” the charity had seen an increase in the number of calls after Foley’s passing.

“The minute I heard about his tragic death, I was expecting a bounce and a peak in the number of calls we got,” he said.

“Limerick is a rugby town. It is one of the few places where it is a working man’s game and an upper-class game. It transcends the classes.”

However, Mr Bray added the charity has received calls from people across the country saddened by Axel’s death.

“One of my friends who would have never been in Thomond Park, but is so grief-stricken with it. The death of a big strong man, healthy, with access to training methods and physiotherapists. For someone to die like that is just extraordinary. It affects everybody,” he added.

Mr Fortune said he is not surprised at an increase in people seeking support, adding: “I know it will trigger a lot of feelings of a big loss in their own families. It will trigger something within themselves.

The Samaritans can be contacted at 116123 (free to call), or email jo@samaritans.org.