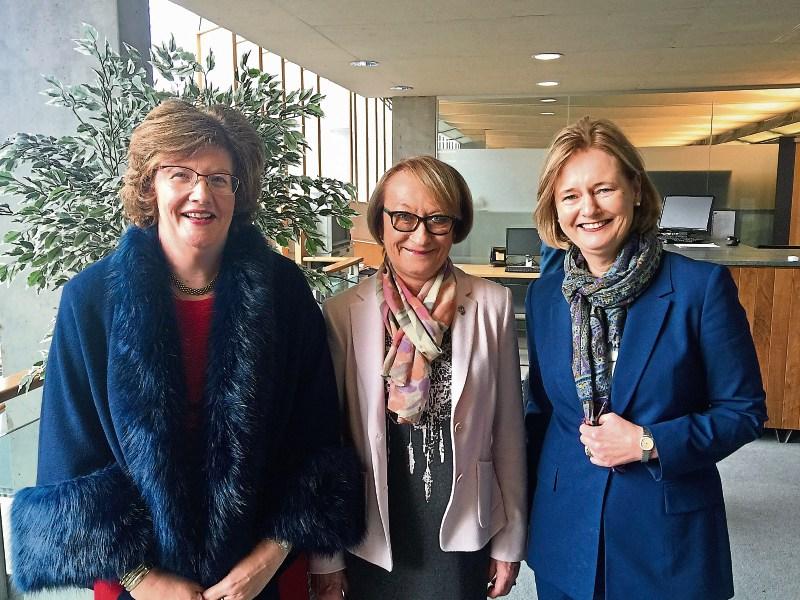 FINE Gael’s Elenora Hogan is now officially a councillor after she was formally co-opted onto Limerick’s local authority.

Ms Hogan, a pharmacy manager who lives at the South Circular Road, officially joined Limerick City and County Council at a special meeting on Friday.

Her co-option comes 181 days after the seat in City West was vacated following her cousin, the former mayor Maria Byrne’s elevation to the Seanad. Ms Hogan beat Patrickswell man Fergus Kilcoyne and Raheen’s Felim Cronin at a selection convention in the South Court Hotel last weekend.

It was Cllr John Sheahan who formally proposed Ms Hogan onto the local authority, the party’s council leader describing her as a “loyal and trusted member” of Fine Gael.

Seconding her, Cllr Daniel Butler added: “She is a very well known and passionate Fine Gael lady. She is passionate about her city. Her passion and expertise will stand us all in good stead.”

Taking her seat, Ms Hogan said: "I am looking forward to working as a councillor. I am hoping with your support I can represent the people of Limerick City West as best I can.”

Fine Gael MEPs Deirdre Clune and Sean Kelly were present at County Hall to witness her co-option, as was Ms Byrne.

Ms Hogan was also appointed to the travel and transportation and economic committees.

Since it was the first time the 40 councillors had met since the death of Anthony Foley, a moment’s silence was observed.