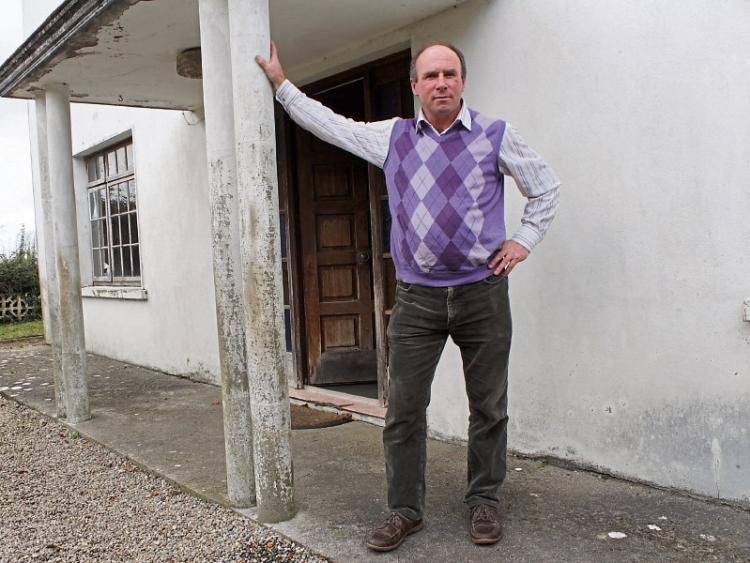 A FARMER has said he is prepared to go on hunger strike or drive nails through his hands outside the Dail in a crucifixion style protest if his land ‘is sold out from under him’.

Michael O'Brien, of Bulgaden, Kilmallock, is fighting through the courts to keep his land - some 123 acres and worth over €1m - the majority of which has been in his family for 300 years.

However, the bank, through its defence, is seeking for him to sell a portion of it to repay debts in the region of €171,000.

The defendant said he has no “liquid cash” to repay his debts, but is willing to sell a portion of it if a binding, “rock solid” legal document is produced by the bank.

Specifically, Mr O’Brien objects to the term ‘strictly without prejudice’ on legal documents, as he is afraid it could afford the bank leeway to claim more land from him.

“I have to bite the bullet but I’m afraid they’ll look for more and that any deal I do with them could be broken,” added the bachelor.

“Never will a square inch of it be sold [without his consent]. I won’t walk out of here [his house] without an awful battle. I’m prepared to go all the way. I will go on hunger strike or be crucified before my land is taken,” he told the Limerick Leader.

The civil dispute, which is due back in court next month, dates back over a decade when Mr O'Brien, 53, sought a loan from AIB to pursue a new venture in the horse transportation business with associates in Spain. However, he said he was “lucky to come out of it with my land and the shirt on my back”.

Affidavits presented in court show that Mr O'Brien deposited the title documents relating to 58 acres of his land in April 1999, by way of equitable mortgage to be held as continuing and collateral security.

Then in April 2002, he deposited the title documents relating to a further 64 acres of land.

A private investigator has hired by the plaintiffs to determine other legal entitlements over the land, and the local parish priest was also contacted to identify whether some of his relatives were deceased.

Appearing before Judge Gerald Keys in Limerick Circuit Civil Court last month, Mr O’Brien said that he had discharged of the services of his legal team, John Lynch based in Newcastle West, and wished to represent himself in court, saying that he was “not pleased with the way things have gone”.

Mr O’Brien told Judge Keys that he wants a “binding deal with AIB”, particularly a written rather than a verbal agreement.

“The banks aren’t the best for doing deals with as you know,” replied the Judge.

Objecting to another adjournment of the case, AIB’s defence argued that the case has now gone on for 10 years. “I don’t care how old they [the civil bills] are. The banks have had their way for long enough,” said the Judge.

Barry C. Galvin & Sons in Cork, who are acting on behalf of AIB, said they could not comment on the case, when contacted by the Limerick Leader.

His case has been adjourned to November 8.