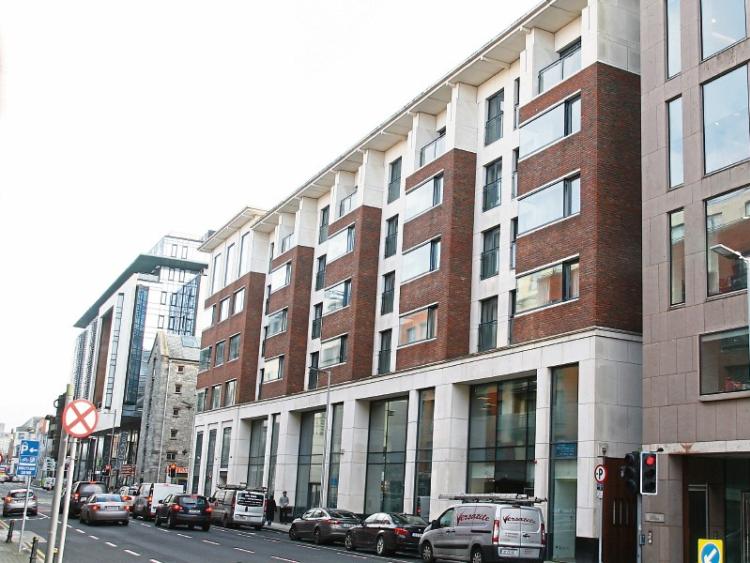 TWO tranches of property in the city owned by developer Aidan Brooks have been put on the market for a combined €14 million.

Property agents Cushman & Wakefield, the commercial wing of Sherry Fitzgerald, are handling the sale of his assets on Henry Street and Cecil Street.

The residential element of the Carlton development at Henry Street in the city centre has a guide price of €9.5m.

All of the 67 apartments are occupied and produce a combined rent roll of €586,800 a year.

The one and two-bedroom apartments are in one block designed around a central atrium which is accessed off Cecil Street.

Brooks bought back a huge tranche of these apartments in late 2015 and early this year, after building them a decade ago under a tax incentive scheme.

The other asset, which is for sale at €4.5 million, is number 1 Bishopsgate which is also on Henry Street.

Bishopsgate is a five-storey over-basement block with 1,711sq m (18,424sq ft) of Grade A office space and 10 parking spaces. It is fully let to Holmes O’Malley Sexton Solicitors under a 31-year lease from October 2003 with 18 years unexpired. The property is producing a rent roll of €274,667 a year.

Formerly based on Henry Street in the city, Brooks’ company Tribeca Holdings, now based in London’s Mayfair, invests in prime retail sites across the world.

Its assets include properties on Bond Street, Covent Garden, and the old Spitalfields Market in London, as well as in Los Angeles, New York, Boston and Paris.

He famously bought the former residence of the Bishop of Limerick, Kilmoyle, on the North Circular Road for €27m during the boom.

The eight-bedroom, three-storey property, is now in the hands of Gerry McManus, a brother of businessman JP McManus, who acquired it two years ago.

Brooks previously owned the George Boutique hotel in the city, and his personal fortune is estimated to be in the region of €112m, according to the Sunday Times Rich List.