Half-naked Limerick farmer stars in calendar for good cause 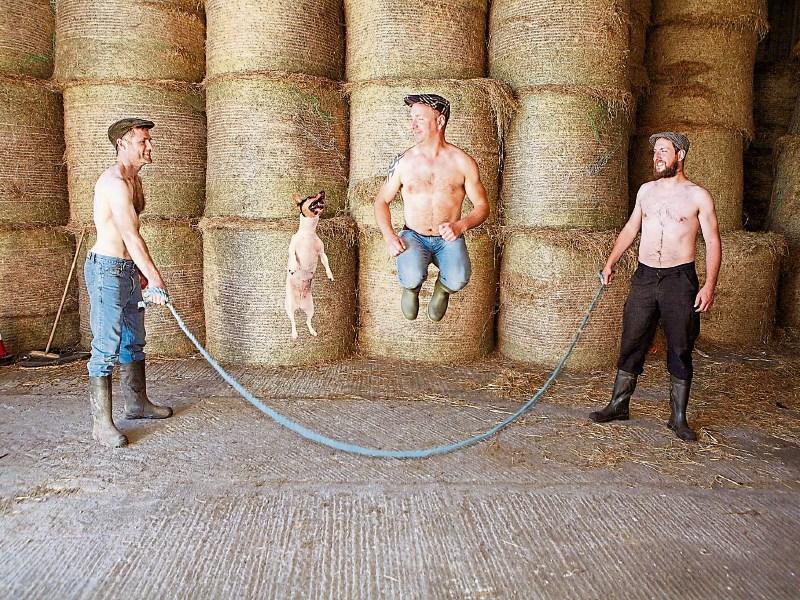 Croom native Stephen Fitzgerald, on the left, pictured with farmer John Walsh, centre, and David Alcorn, in the Irish Farmer calendar for 2017 in aid of Bothar Picture: Ian Shipley

LIMERICKMAN Stephen Fitzgerald has graced the pages of a farming calendar for a good cause yet again.

The Croom man, whose family have a background in poultry farming, appears in the 2017 Irish Farmer calendar, which has just been publicised.

Asked by the organisers of he would be participate again, after his past success, Stephen kindly obliged – even if he runs the risk of further slagging from his friends.

“I might have to go into retirement after this, but never say never,” he laughed, when contacted by the Limerick Leader.

“I did the first calendar back in 2012, and it was just great craic. Everyone who did it had a bit of fun with it. If it raises money for charity, and you give people a bit of a laugh, then why not? It is easy to say ‘No’, because you’re afraid of being slagged off by the lads,” said the 35-year-old.

Stephen is now working for an engineering company in Portlaoise, but hasn’t escaped farming completely as his partner also comes from a farming background, and he helps out at their farm in the evenings and at weekends.

Does she mind the attention he gets?

Stephen said he received unmerciful “slagging” from friends when he posed for the Batchelor peas farmer of the year competition – and came second as Mr Mushy Peas – under the poster caption ‘D’ya wanna spoon?’ 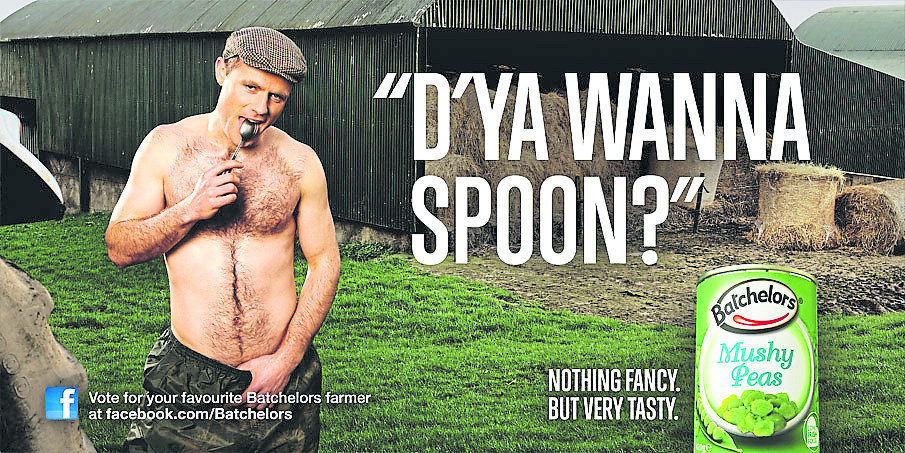 “Even years after, I couldn’t go out for dinner with the lads without them saying ‘D’ya wanna spoon?’ But a lot of people who made jokes about the pictures came back and asked how they could get involved too. It’s just a bit of light-hearted fun. I was always into Macra na Feirme, where you would have to do a skit or a bit of a comedy act, so I guess it just went from there.” The calendar is available from www.farmercalendar.com for €10 and proceeds go to the charity Bothar

It is also available in Dubray, Easons and independent booksellers nationwide.