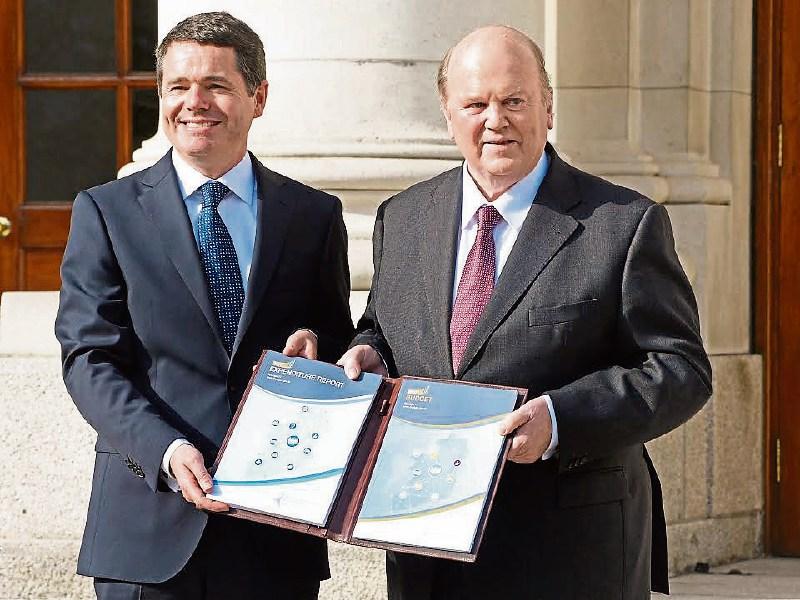 In his sixth budget this week, Mr Noonan announced reforms to the much-vaunted Living City scheme, which up to earlier this year, had not received one application in Limerick.

The scheme, which provides incentives for works to refurbish pre-1915 buildings, has been criticised as being too difficult to claim against.

But an “enhancement” of the scheme has been announced in Budget 2017 which will see the restriction on the maximum floor size of any qualifying property removed.

The requirement that the property must also have been previously used as a residential dwelling is being scrapped, which it is hoped will pave the way for the conversion of some of the city’s best unused Georgian buildings to be converted to living spaces.

Ailish Drake, who chairs the Irish Georgian Society’s Limerick chapter has welcomed the reforms, saying: “The elimination of the maximum floor area restriction is very welcome, as many townhouses in Newtown Pery were excluded from the original scheme for this reason.”

She also pointed out the removal of the need for previous units to be residential will see mills and warehouses converted into “attractive living spaces”.

The reforms have also been welcomed by opposition TD, Labour’s Jan O’Sullivan.

Local Irish Nurses and Midwives Organisation spokesperson Mary Fogarty welcomed this target, but added: “It is far short of what has been lost over the last number of years, which is up to 4,000 nurses.”

Meanwhile, in terms of housing and homelessness, a pledge was made to build 72,000 social units by 2021, while a €28m increase is being put in place in the allocation for emergency accommodation.

However, Una Burns, a spokesperson for Limerick charity Novas Initiatives warned that continued reduced social welfare payments for the under 26s is leaving them “trapped” in homeless services.

A sugar tax on all fizzy drinks is also on the way – a consultation period is now under way, with the first taxes expected to be levied in line with British plans in April 2018.

This tax is something that Tourism and Sports Minister, local TD Patrick O’Donovan has been calling for since he was first elected to Dail Eireann in 2011.

“It’s something that has been on the cards a long time, and it is now about making sure any money gained from this is put to good use. I would be anxious the proceeds go to healthy initiatives,” Mr O’Donovan said.

Pensions are to rise by €5, while the prescription ceiling for senior citizens is to drop by the same amount, something given a cautious welcome by Pat Begley, Limerick Senior Citizens Council.

He said: “There are a lot of things the government did not do. We have senior citizens waiting to get panic alarms and they cannot get them as their phones have been taken out as a result of the phone allowance being abolished.”