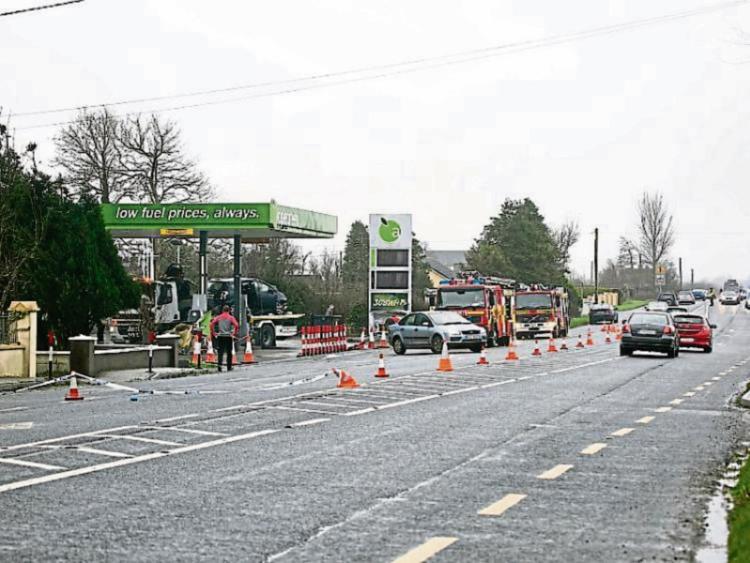 A MOTHER-of-two who died in a single car crash near Newcastle West last March may have fallen asleep at the wheel, an inquest heard this week.

Risikat Oyebanji, a Nigerian native living in Tralee, was the driver of a car which crashed into a sign at the Applegreen filling station at Coolanoran on March 5.

The 39-year-old was returning home with her family after collecting her husband from Dublin airport when the accident occurred, at around 11.30pm.

The inquest concluded that she had died as a result of multiple injuries sustained in the car accident.

The dead woman’s husband and two teenage children were in the car with her at the time.

Her husband and son escaped with only minor injuries, while her daughter’s leg was broken in three places.

Garda Tom Flavin of Croom garda station gave evidence that he was on duty on the night of March 5 when he received a report of an accident at the filling station at Coolanoran.

When he arrived at the scene, he found a blue 2008 Toyota Corolla crashed into the Applegreen sign.

Ms Oybanji was in the driver’s seat and was not moving, while her husband was standing at the driver’s door trying to speak to her. The two children, aged 11 and 14, were in the back seat.

The fire brigade had to be called to free them from the car and the two children and their father were taken to hospital.

Ms Oyebanji was pronounced dead at the scene shortly afterwards.

Statements were read out in court from her husband and two children. All three said they had been asleep in the car at the time of the accident.

In his statement, Mr Oyebanji said he had earlier asked his wife if she would like him to drive but she said she was okay.

Pathologist Dr Vourneen Healy told the inquest that Ms Oyebanji had sustained a blunt chest trauma and a fracture at the base of her skull and had died as a result of multiple organ failure.

Evidence was also given by a number of witnesses to the accident and by one motorist who had been driving behind Ms Oyebanji shortly before the accident.

He said he had seen the car swerving over and back across the hard shoulder near Croagh.

Another woman had pulled into the petrol station and was waiting for her son to buy sweets when the accident happened.

She ran over to the car and opened the driver’s door but could find no pulse or other evidence of life from the driver.

Sgt Kevin Burke, a forensic collision investigator, reported that he had found no evidence of any defect in the car that would have contributed to the collision, nor were there any brake marks on the road.

He concluded that the car had began to veer slightly to the left about 93 metres from the filling station and had continued on that trajectory, hitting a number of bollards placed in the forecourt before coming to a stop when it collided with the advertising sign.

Coroner John McNamara concluded that there was no evidence of excessive speed and that there were no traces of drink or drugs in Ms Oyebanji’s system. He noted that the accident had occurred late at night and that Ms Oyebanji had driven from Dublin airport.

“It sounds likely, unfortunately, that she may have fallen asleep at the wheel,” he said.

He added that it was a “very traumatic” event for her family and those who witnessed the accident and expressed his condolences to her family.