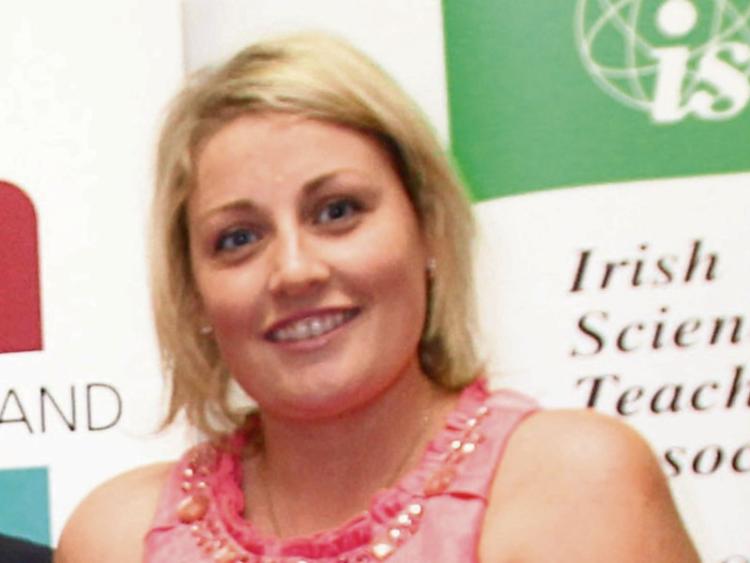 THE family of Newcastle West camogie player Michelle Herbert, who had to be resuscitated with a defibrillator after collapsing during a match, has thanked all those who helped save her life.

The mother-of-one is recovering in hospital after the terrifying incident which occurred while her team was playing Tournafulla in the Limerick junior county final on Sunday.

Two nurses – one of whom was playing on the opposing team – were among those who rushed to her aid after she suddenly lost consciousness.

They were able to use a defibrillator located at the GAA ground in Cooleyroe to resuscitate Ms Herbert and helped stabilise her before an air ambulance arrived to take her to hospital in Limerick.

This week, Michelle’s mother Mary paid tribute to them for their quick thinking which she believes saved her daughter’s life.

“It was very traumatic for them as well. That’s not something they would be dealing with every day. You might be a nurse but you wouldn’t be dealing with that all the time,” she said.

Mary and her husband James, who is Michelle’s team manager, were on the sideline, as were her husband Jer and their two-year-old son Conor, when the incident occurred.

“It was an awful shock,” Mary acknowledged.

Michelle, a science teacher in Hazelwood College, Dromcollogher, is now recovering in hospital in Limerick following her ordeal. “She’s comfortable. She’s being looked after here in Limerick and she’s going to the Blackrock Clinic for a cardiac MRI and that will tell more but she’s good,” Mary said.

The family had an opportunity to thank some of those who helped out when they attended a counselling session in Newcastle West on Monday night organised by the Limerick Camogie Association.

Over 70 people attended, including Tournafulla player Sarah Jane Joy, one of two nurses who attended to Michelle after she collapsed. Mary said the Herbert family were delighted to be able to thank her in person.

She added that the incident highlighted the importance of having defibrillators at sports grounds.

“It was absolutely fantastic that Cooleyroe GAA club had the defibrillator there, that somebody knew where it was, that the girls were able to use it – everything was just aligned right for her. It was fantastic,” she added.

”We are extremely grateful to everybody who helped out on the day: to Cooleyrue club, to the man who got the defibrillator, all the people who sent cards and messages and prayers,” she added.

The incident has prompted calls for funding to be provided to all GAA clubs to install defibrillators.