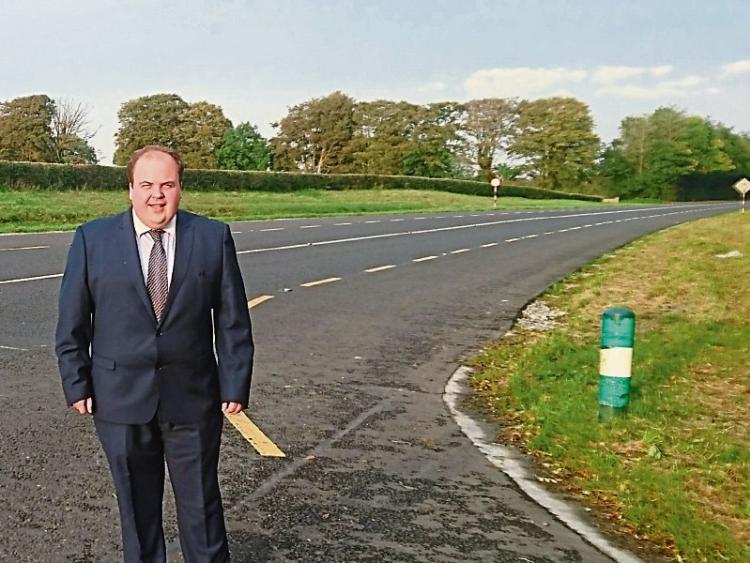 THERE could be more fatalities at a dangerous junction on the N21 unless immediate safety measures are taken, a local councillor has warned.

A number of accidents, including at least one fatality, have occurred at Reens Pike near Rathkeale in recent years.

Fine Gael councillor Adam Teskey, who lives in the area, warned this week that more people could die at the junction unless something is done urgently.

He is calling on the Department of Transport and the roads authority to take “immediate” action. “I am requesting that effective signage and road markings be put in place to recognise a turning point on this national road, to avoid potential calamities,” he said.

He told this week’s meeting of the Adare Rathkeale municipal district that he has personally witnessed a number of accidents at the junction, including one in the past fortnight.

“Is there going to be another lineup of headstones for people who have died at these junctions?” he asked.

Cllr Teskey pointed out that the junction was used by a large number of people living in the Rathkeale area, as well as local residents. There had been road markings to warn drivers they were approaching the junction but these have been removed, he added.

“Presently on that road, we have no markings and it is a failure of any person in any office to be presiding over that. I am irate over this,” he said.

Fellow councillor Richard O’Donoghue said local residents were “disgusted” that the road markings had been removed.

“Since the road markings have been removed there have been more accidents.”

“This was highlighted about seven or eight months ago and nothing has been done,” he added.

Fine Gael’s Stephen Keary pointed out that local councillors had been given undertakings that the road layout would be redesigned but that this had not happened.

“I am aware that there was a near fatality there a few weeks back,” Cllr Keary said.

Separately this week, Fine Gael TD Tom Neville has called on Limerick City and County Council to carry out “immediate” safety provisions at Neville's Cross in Kilfinny. “The area is delighted to welcome new visitors but the junction itself is posing serious danger to all, both motorists and pedestrians,” Mr Neville warned.

“Locals in the area are well aware of the junction but the danger is posed to the welcome influx of people who are not familiar with it.

“Down through the years numerous representations have been made to the Council to have safety provisions carried out on the junction. Given the increased volume of new people and passing trade it is imperative that the Council carry safety works highlighting the junction.”