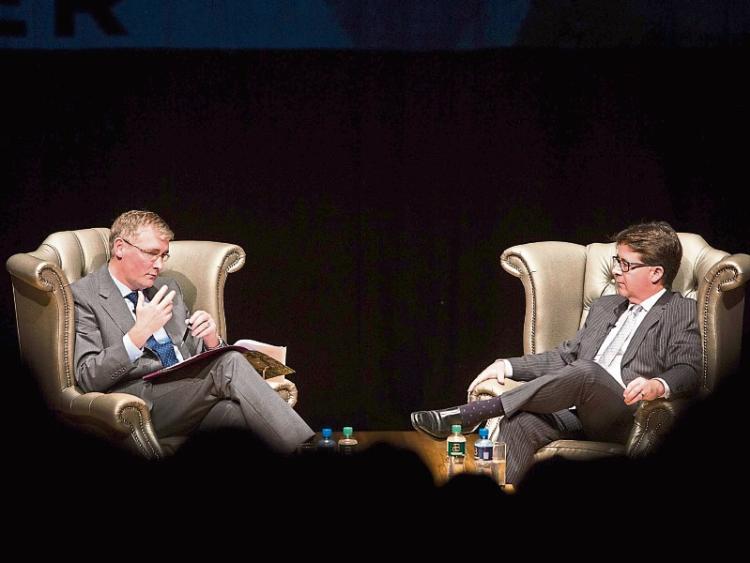 MAKING a Murderer’s Dean Strang was in Limerick on Monday to discuss miscarriages of justice and the case that made him famous.

The Wisconsin lawyer, who co-defended Steven Avery in the hit Netflix series, revealed in UL that the outcome of the famous case could have been very different if not for one tiny detail.

“We missed, by one hour, the opportunity for Jerry Buting to represent Brendan Dassey,” he said, of his colleague Mr Buting and Steven Avery’s nephew Brendan.

Steven Avery was charged with the 2005 murder of photographer Teresa Halbach, and was sentenced to life in prison. Brendan was also convicted and jailed after confessing to helping his uncle commit the crime.

But many viewers of the documentary believe it was a false confession, given the techniques used by the police along with Brendan’s vulnerable state as a minor with learning difficulties.

He also did not have a lawyer present during questioning.

Dean Strang, who was invited to UCH by the UL Law Society, was the first lawyer hired by the Averys; shortly afterwards, lawyer Jerry Buting was called in to help with Steven’s case.

“We sat down and we were about an hour into the conversation, me sharing with him the information I had about Steven’s case,” said Mr Strang.

“While we were in that meeting, the phone rang, and it was the Avery family saying ‘Brendan’s been arrested and the police are claiming that he has confessed - what do we do?’”

Mr Strang said that they had tried to find a way for Mr Buting to represent Brendan in his hour of need.

“We couldn’t, because I had disclosed all kinds of confidential information about Steven’s case to Jerry over the last 60 minutes.

“You’re already conflicted, you already have a duty to Steven Avery, after being given confidential information about his case. And we both said that ethically, under the professional code of conduct of the US, that there was no way that he could just go and represent an accused accomplice.”

If Mr Avery is innocent, he will have spent almost 30 years behind bars for crimes he did not commit. He was falsely convicted of another crime in the 1980s, for which he spent 18 years in prison.

Making a Murderer led many viewers to believe that Steven Avery had been framed once again, as the documentary highlighted several inconsistencies in the case against him.

Dean Strang also defended the filmmakers during the talk, amid claims that the series was biased in favour of Steven Avery in its treatment of the case.

“The Halbachs, perfectly understandably, did not participate,” he said.

The discussion touched on the issue of media coverage during trials, and concluded with questions from Law Society Auditor Katie Whyte.