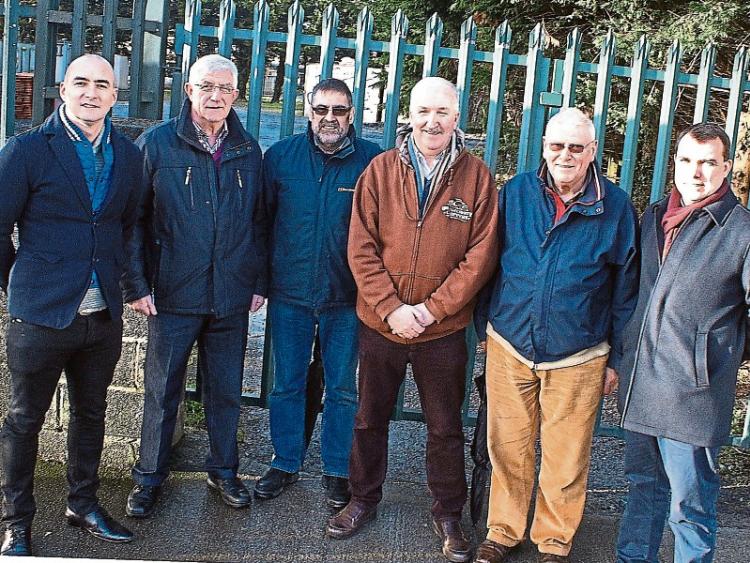 PLANS for a ‘Men’s Shed’ facility in Raheen/Dooradoyle have taken a major step forward, after council planners green-lit the project.

The Dooradoyle/Raheen Men’s Shed Committee applied to council for permission to erect a modular building on local authority land off St Nessan’s Road.

A significant amount of money has been pledged towards the project – which will be built at the former council depot – and committee member Denis McMahon is calling for local support, adding: “I hope we can open the building in February or March next year”.

“It is great news for us, but we are only half way there. We are hoping local businesses, banks and the community will come in behind us and support us. We are getting some bit of a response,” he added.

A relatively new concept, a ‘Men’s Shed’ is a dedicated, friendly and welcoming meeting place where men can come together and undertake a variety of activities, or just socialise with their peers.

Open to all men regardless of age, background or ability, it is a place where men can learn new skills, develop old skills or just socialise with their peers.

“It is a huge, sprawling suburb, and there is nothing there for this community at present. This is a first effort. We are receiving calls from across the city and county from men who are wanting stuff to do for themselves,” Denis added.

The project has won the backing of the seven City West councillors.

One of these, Cllr James Collins, has previously said: “It is a great idea on many levels. Men in particular are not great at calling around to somebody’s house for a chat, but they will feel like talking when they are doing something together, or are involved in a project.”

Council gave the scheme the go-ahead with nine conditions including a limit of five years for the scheme to be used as a men’s shed. This, the authority says, will give the applicant more time to obtain a suitable location.