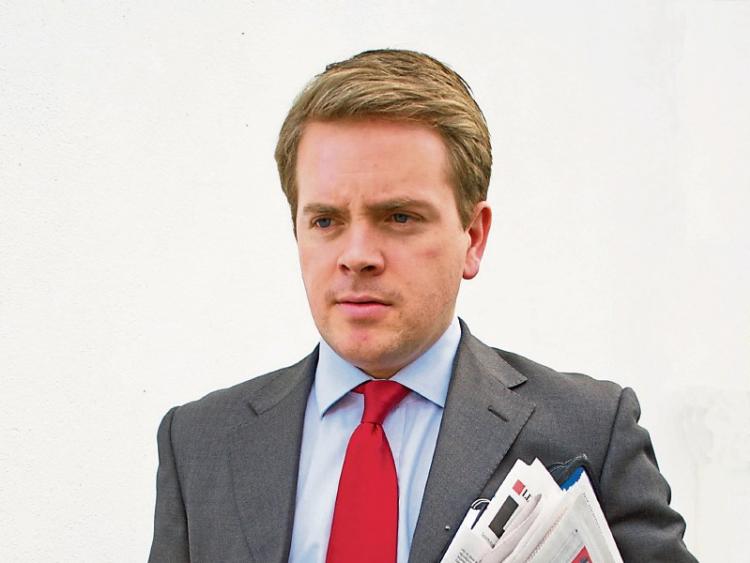 Solicitor Rossa McMahon: pleading for client saying he was elderly and had health issues

TWO neighbours, both with physical complaints, who ended up scrapping with one another, were each convicted of assault at Newcastle West court.

“It was a highly regrettable incident,” Judge Mary Larkin said. “Men of their age should know better.”

Before the court was Philip Roche, Mohave Cottage, Meenoline North, Templeglantine who was bound to the peace for assaulting his neighbour Thomas Mulally on January 27 last year. Also before the court was Thomas Mulally,  Meenoline North, Templeglantine who was also bound to the peace for a year for assaulting Philip Roche on the same date. Both men denied the charges.

Thomas Mulally said he was working in his shed on January 27 when Roche arrived and asked what was the problem.  Roche wanted to know why Mulally had “tailgated” him the day before coming from Abbeyfeale, something which Mulally denied.

“I said I didn’t want any trouble. We have been good friends for many years,” Mulally said, adding that Roche threatened to get his sons down from Dublin to him.

“I said it was time to leave my property. He was spitting at me. Out of control. He started to shout ‘I am not f****** getting out,” Mulally told the court. He, Mulally, then turned and Roche hit him into the face and neck, knocked him to the ground, pulling him by his hood and punching him. Another neighbour, Martin Balham then arrived and pulled him away.

“The anger that was in this man was unbelievable,” Mulally told Inspector Brian O’Donovan, adding that Roche “followed” him around for a week or more after.

But, cross examined by solicitor Rossa McMahon, he denied seeing Roche on the road from Abbeyfeale the day before the incident, denied  putting his hands around Roche’s neck and denied shouting at him.

“You flew into a rage and assaulted him.” Mr McMahon said to which Mulally replied: “No. I did not.”

Witness Martin Balham told the court  he could hear shouting as he approached the shed. “Mr Roche was trying to grab hold of Tom (Mulally), trying to punch his face,” he said. He tried to pull Roche away and keep them apart. Mulally was trying to protect himself.

“Mr Roche was like a man possessed. He might well be 75 but he is a strong man. He was seething. He was fizzing.”

“I broke them up several times by walking in the middle. They tried coming back again, both of them,” Mr Balham said. They got as far as the gate and he managed to get Roche throught the gate. He picked up Roche’s glasses which had been knocked to the ground and helped him into the car.

Philip Roche said he saw Mulally’s jeep in Abbeyfeale and saw Mulally talking to someone. As he went by the church, he noticed a lorry in front and Mulally’s jeep coming up behind him. When he later overtook the lorry, Mulally “shot out” after him, and “followed me down to Templeglantine” where Mulally went into the post office.

He didn’t sleep that night thinking about it and next day he went down to Mulally and asked him why he was tailgating him. “He said he wasn’t. I asked him three or four times. Then he caught hold of me by the throat.” Roche said he put up his fist to protect himself and “caught” Mulally on the jaw. When Martin Balham arrived, Roche said, Mulally started saying to him, "Look Martin, he is hitting me".

Cross-examined by solicitor Bernard Cunnane, Roche said that “Martin Balham started roaring and shouting to Tom to stop kicking me.”

“I am saying he is lying.” Roche replied.

Roche said Mulally  hit him in the hip and cracked his glasses. He denied following Mulally in the days following the incident.

He told his solicitor Rossa McMahon: “I walked in as a friend.”

Summing up, Judge Larkin said the evidence was that both men had various different types of physical difficulties, that Mr Roche denied tail-gating Mr Roche, that Mr Roche hit Mr Mulally in the jaw and that Mr Mulally hit Mr Roche and knocked off his glasses. “They both struck each other,” she said.

Pleading for his client, Mr McMahon said Roche was nearly 75 and recently widowed and had various health complications going back to the 1980s. He was planning to move from the area, he said.

“Previously he  had a very good relationship with Mr Mulally.”

Mr Cunnnane, pleading for Mulally said he was 53 and separated and suffers from a disability for many years. He had a blameless history, he said.