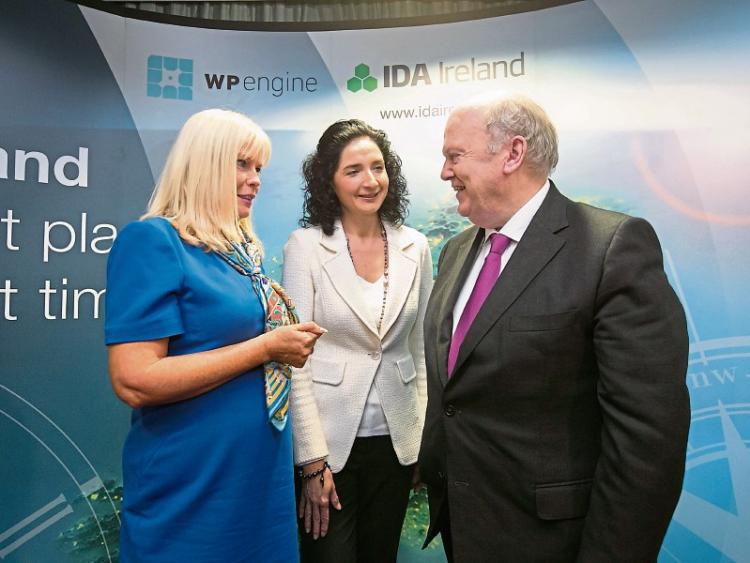 Minister Noonan was joined by Minister for Jobs Mary Mitchell O’Connor, Minister for Small Business Pat Breen, IDA Ireland representatives and management from WP Engine at the launch in the Savoy Hotel this Monday morning.

The new technical support and innovation centre for the Austin-based firm, which powers websites and applications built on Wordpress, is currently based at Patrick Street, but will officially move to Dominick Street as it expands.

The Limerick city TD said at the Savoy Hotel that there was “huge interest” from UK businesses in investing in Ireland as a result of Brexit, following a three-day visit to London last week.

The Minister also played down fears over his health, after he had to take a week off work a number of weeks ago.

“Both Ireland and WP Engine share an international focus and a desire to grow by creating value through hard work and endeavour. I'm confident that the people of Limerick and its surrounds will provide WP Engine with the skilled and motivated workforce it needs to continue its success,” he said.

Minister Mitchell O’Connor said that it was a “wonderful day for Limerick. This is the second time I have heard about jobs in downtown Limerick, so there will be a lot of energy and synergy in Limerick city.”

WP Engine’s Limerick base so far has recruited 10 employees, who are being sent to the United States for training.

Its CEO, Heather Brunner said that it is “honoured” to be basing a strand of the Texan company in Limerick, and that they are now accepting CVs for the Patrick Street office.

She said that the base will help “fuel our growth”. She added that it serves an array of small and medium enterprises in Ireland, as well major companies, including Ryanair, Glanbia and Dell.

Ms Brunner said that they intend to “integrate into the local community” and work with local authorities.